Nepali legendary climber and Guinness World Record (GWR) holder Ang Rita Sherpa has passed away on Monday morning at the age of 72.

Ang Rita, popularly known as the ‘Snow Leopard’ for his mountaineering activities, was suffering from liver and brain ailment. However, the exact reason for his death is not yet known.

On December 22, 1987, Sherpa set off from the base camp to successfully climb Mt. Everest without bottled oxygen.

2) Most Climbs of Mt. Everest Without Supplement Oxygen 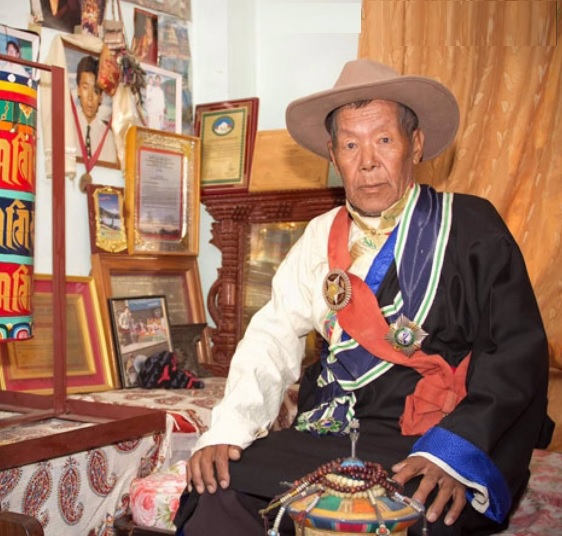 Sherpa started working as a low altitude porter for the Dhaulagiri expedition at the age of 15 to support his family. Eventually, he became high altitude porter, carrying loads up to Camp III, without shoes and climbing gear.

Later, he was offered a job as a high-altitude Sherpa porter for a Swiss expedition in Dhaulagiri, which he calls a turning point in his mountaineering profession. He started accompanying international climbers and celebrities as a guide. Some of them include,

Ang Rita Sherpa was born in 1949 in Solukhumbu.

PM Oli Expresses Grief Over the Demise of Snow Leopard

Nepali Prime Minister KP Sharma Oli has expressed his condolences over the death of the legendary mountaineer Ang Rita Sherpa.

“Very saddened by the passing away of Ang Rita Sherpa, who set the world record by climbing the Sagarmatha 10 times without supplementary oxygen. I pay tribute to him and express my profound condolences to the grief-stricken family and well-wishes at this hour of sorrow. His feat would always be remembered,” twitted PM Oli.