US Takes U-Turn on TPS Termination for Nepali Immigrants

Following a lawsuit filed a month back, the Trump Administration exempted more than 10,000 Hondurans and Nepalis living in US under TPS grant.
Immigration
News
World 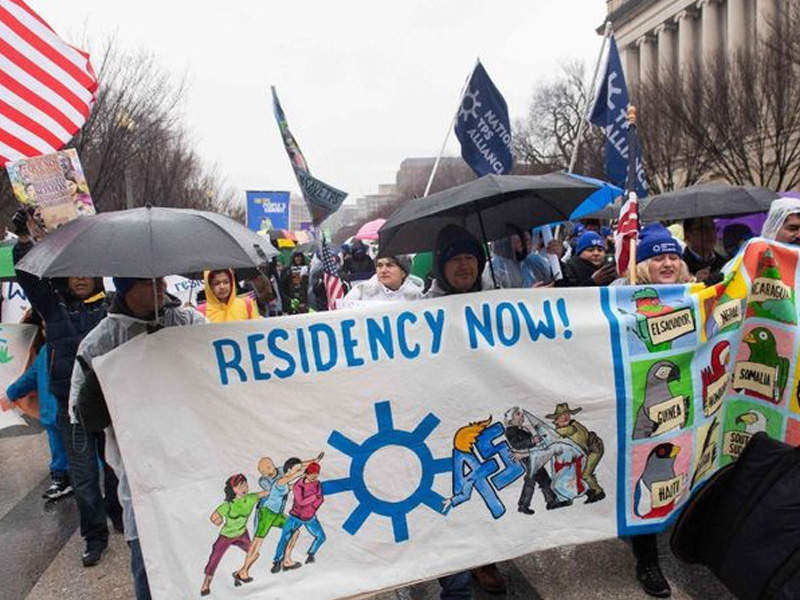 Good news for Nepalis in US! We bring to you a fresh update on TPS Termination of Nepali immigrants in US!

As a follow-up to our special coverage in February 2019, the legal war against the Trump Administration has finally turned positive for Honduras and Nepali immigrants is the United States.

As the latest reports say, the Trump Administration has taken back the decision to terminate the Temporary Protected Status (TPS) designation for these two countries’ citizens in US.

The American Civil Liberties Union (ACLU), on March 12, 2019, informed that the US Government has given such exemptions to more than 10,000 Hondurans and Nepalis living in US.

The latest decision is the result of legal protests and lawsuits raised by a group of Honduras and Nepali TPS holders in US a month back.

The protests had also received wide range of support from ACLU and US immigrant rights advocates who had filed a class-action lawsuit against the Trump administration on their decision to end TPS for immigrants of these two countries.

The lawsuit had a special mention that the government’s decision was motivated by racial agenda.

The lawsuit was filed in a District Court in San Francisco in support of six immigrants with TPS designation and two US citizens as children of beneficiaries.

The new announcement comes as a relief to more than 15,000 Nepalis and 86,000 Hondurans whose protections will end in June 2019 and January 2020, respectively.

TPS is a humanitarian grant offered by US for residents of countries hit by natural disasters or war situations. Under this support, US entitles the beneficiaries with legal provisions to work in US for a certain period.

Formed in 1990, the grant covers citizens of 10 countries. But the Trump administration has taken a decision to terminate TPS for 98% of those countries currently enjoying the grant.

Condemning the government decision, a San Francisco based US District Court, in October 2018, made a ruling blocking the US Administration from terminating TPS of more than 300,000 immigrants from different countries such as El Salvador, Haiti, Nicaragua and Sudan. 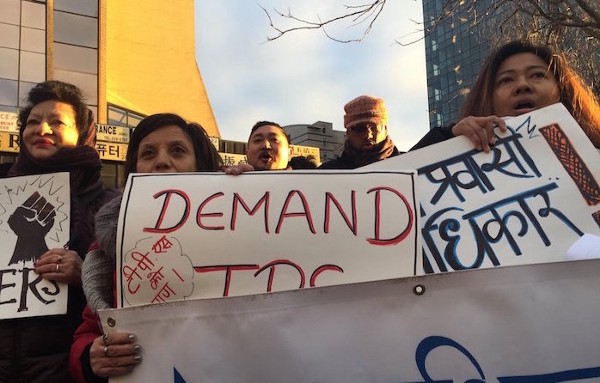 Following the first lawsuit in 2018, the Trump Administration announced termination of TPS for Nepalis and Hondurans.

“I feel like I’ve been sick and this agreement is a few drops of medicine,” lead petitioner and a TPS holder from Nepal (from Sunnyvale) Keshav Bhattarai said in a statement.

What the Government Argues?

The US Government lawyers state that TPS was never defined ‘permanent’ and the aforementioned countries have already recovered from their disaster situations.

A Department of Justice spokesperson opines that the decision to terminate TPS of Nepalis and Hondurans was lawful and reasonable.

Meanwhile, House Democrats on March 12, 2019 released the new version of the Dream Act called the Dream and Promise Act showing a path of permanent citizenship for TPS beneficiaries.

“Our lawsuit is not the solution to this — it’s temporary relief,” says Lawyer Ahilan Arulanantham with ACLU of Southern California, while arguing that immigrants with TPS, living in US for decades, deserve stability.

It’s worth waiting to watch the next turn in the issue that has been concerning immigrants with TPS status in US!

Stay tuned for more breaking news headlines on ‘Nepali immigrants in US’!