Syangja’s Adhikari, a senior communist leader, was the head of the CPN-UML’s election commission till the party was merged with CPN (Maoist Center)
Government
News
Special Stories

President Bidya Devi Bhandari appointed new persons for the posts of Governors of all seven provinces, the newly-appointed officials will be swearing-in today, November 05, 2019.

While Pariyar, Sherchan and Tripathi are from the former Maoist party, the remaining leaders are close aides to Prime Minister Oli.

Nepal Communist Party Madhav Kumar Nepal and a group of party leaders have expressed dissatisfaction on the appointment of the new Governors. 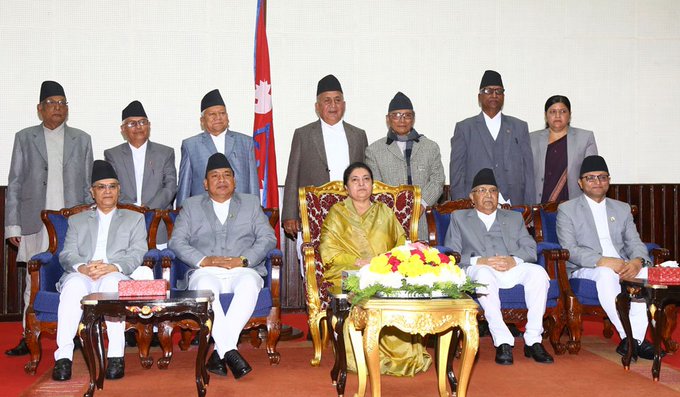 Earlier, Nepal had suggested the names of Amrit Kumar Bohara, Bishwakanta Mainali, Bedu Ram Bhusal and Shree Maya Thakali for the posts. However, Oli had not chosen any of them.

Communist party member Nepal has registered a note of dissent concerning the same.