Director Sharma has revealed that the student’s enrollment campaign would continue until April 28, 2019
Education
Government
News 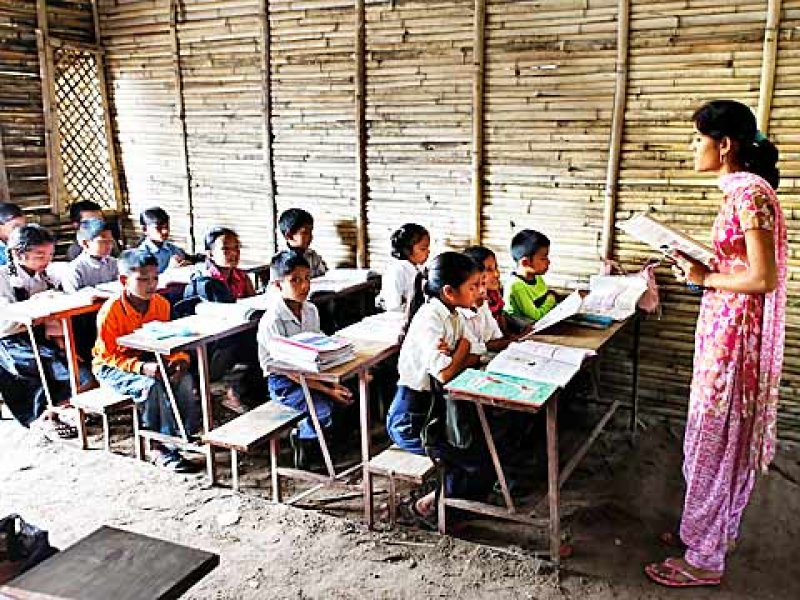 Giving a major boost to education in the Himalayan nation, the Ministry of Education, Science and Technology launched a nationwide school enrollment campaign ‘Our town our village, bring all children to school’ on April 15, 2019.

All 753 local governments have implemented the drive to draw the country’s uneducated children to schools.

Sanothimi Education and Human Resource Development Centre (EHRDC) Director Gehanath Sharma explained that the enrollment campaign is being started to increase school enrollments. He added that every local government joined the campaign for enrollment from Monday, now that the educational right has become a mandatory provision at the local level.

He further noted that Prime Minister KP Sharma Oli and Education Minister are working towards increasing number of children enrolled.

With this year’s campaign, the government aims to bring 91,000 out-of-schools students in the ambit of schooling.

Sharma has revealed that the student’s enrollment campaign would continue until April 28, 2019 and would be carried out with the door-to-door campaign approach.

As part of the enrollment drive, the federal government also said that it would provide full set textbooks students on the first day of classes.

However, local governments have not released the budgets to the school because of which the government is forced to start the enrollment campaign without text books.

Even though EHRDC has already disbursed the budget to the local governments, the schools haven’t received funds and are yet to gain clarity on when they’ll receive the required amounts.

Local government officials say that they have been unable to do so due to unavailability of data on the number of students and lack of account officers.

However, teachers and authorities across some schools in Kathmandu have a different opinion.

Balkhu’s Jana Bikash School Principal Sita Dhakal said that she sent the data for her school’s students, nearly month ago. “There could be other reasons than lack of data,” she said.

Differences aside, let’s wait and see how successful the campaign will be in fulfilling the government’s vision of bringing more children into the fold of education