Besides Nepal, UN is due to payback to various other countries
Government
News 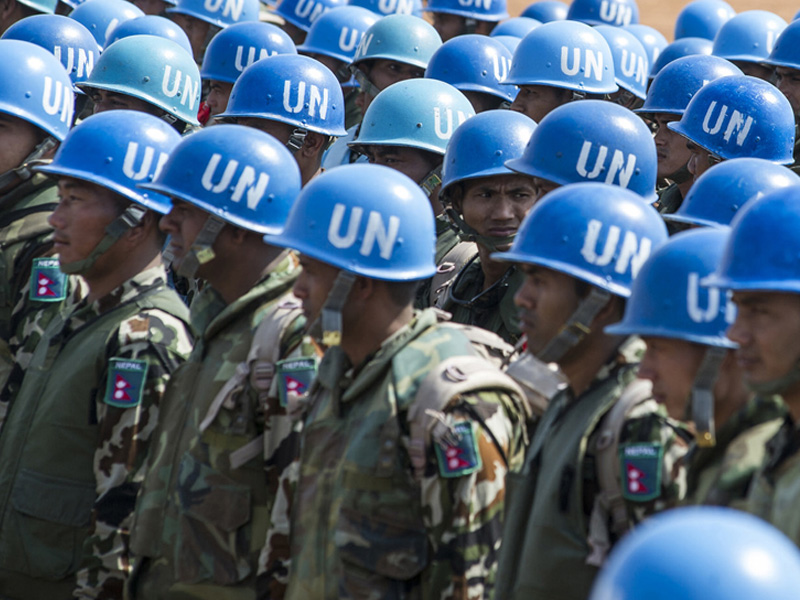 Nepali fighters are known for their courage and have a significant role in peacekeeping operations across the world.

But the country’s efforts to UN peacekeeping operations are not completely paid off!

As the latest reports say, the United Nations is due to pay around USD 26 million to Nepal for its support to global peacekeeping operations, as of March 2019.

A latest report titled ‘Improving the financial situation of the United Nations’ presented by the
UN Secretary-General Antonio Guterres to the General Assembly in March 2019 revealed the fact.

According to the report, UN peacekeeping operations are facing liquidity constraints and the cumulative cash balances are declining with increasing arrears and late payments.

As of December 2018, the total UN peacekeeping arrears stood at USD 1.5 billion, with more than USD 1 billion related to active missions.

Surprisingly, the organization did not have cash for two of its missions, which it managed by borrowing from closed peacekeeping missions.

Overall, the international body could only reimburse half of the amount to the peacekeeping troops and police-contributing countries in Q1 2019.

UN Out of Cash?

“Over the past year, the United Nations has seen an increase in the number of peacekeeping missions that are frequently cash-constrained. That puts at risk not only the functioning of its operations, but also people who serve in difficult environments. It also means that the UN cannot reimburse troops and police contributing countries when required,” says Guterres.

According to him, UN is due to make payments to India (USD 38 million), followed by Rwanda (USD 31 million), Pakistan (USD 28 million), Bangladesh (USD 25 million) and Nepal (USD 23 million), among other countries.

Guterres feels that the consequences of delay in payments has resulted in three major effects for UN operations.

“The short-term effect of not reimbursing countries that have incurred costs creates pressure on their own finances….

…. In the long-term, the delay in payments creates an impediment to attracting countries that are able to deploy new units to peace operations, including those that can provide much-needed, highly specialized capabilities, including aviation, hospitals with medical and casualty evacuation, engineering, explosive ordnance disposal and de-mining…..

Delays are a particular disincentive for developing countries,” Guterres adds.

This situation is forcing UN to manage its existing financial gaps through the cash intended for future operations, he adds.