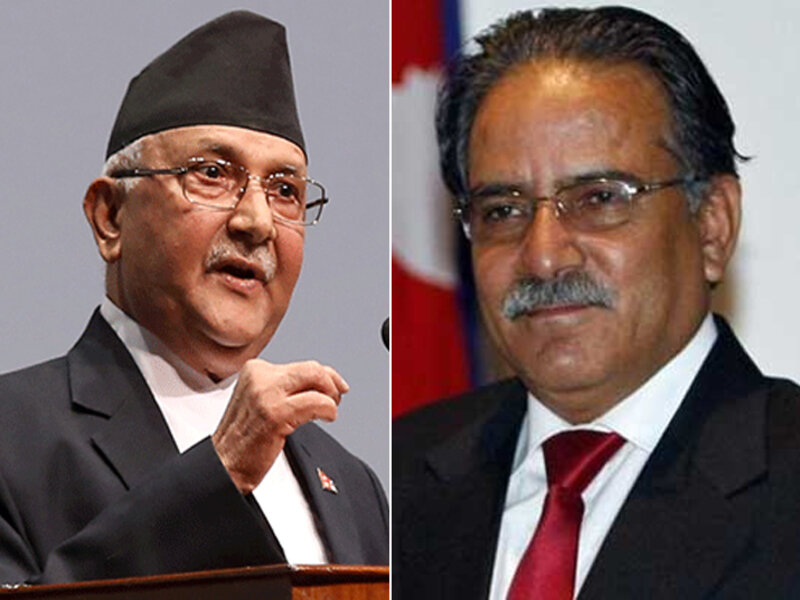 On the heels of the dissolution of the House of Representatives (HoR), the rival faction of the ruling NCP party led by Chairman Dahal and senior leader Nepal has expelled PM KP Sharma Oli from the post of party Chairman.

The decision to this effect was taken during a meeting of the Nepal Communist Party’s Central Committee members belonging to the Dahal-Nepal faction held at Babar Mahal on December 22.

Of the total 446 Central Working Committee members of the party, 310 were present at the meeting.

Then, the rival faction elected Pushpa Kamal Dahal as NCP Parliamentary Leader and Madhav Kumar Nepal as the Chairman. 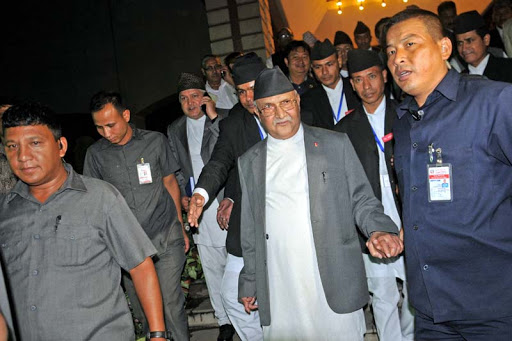 Later, the Dahal-Nepal faction leaders have reached the Election Commission demanding official recognition as the legitimate NCP party as they hold a two-thirds majority with 315 members.

“We are here with the proof that we are the only legitimate Nepal Communist Party,” said Leela Mani Pokharel, NCP Committee Member.