The mid-term elections were declared on April 30 and May 10, 2021.
Government
News 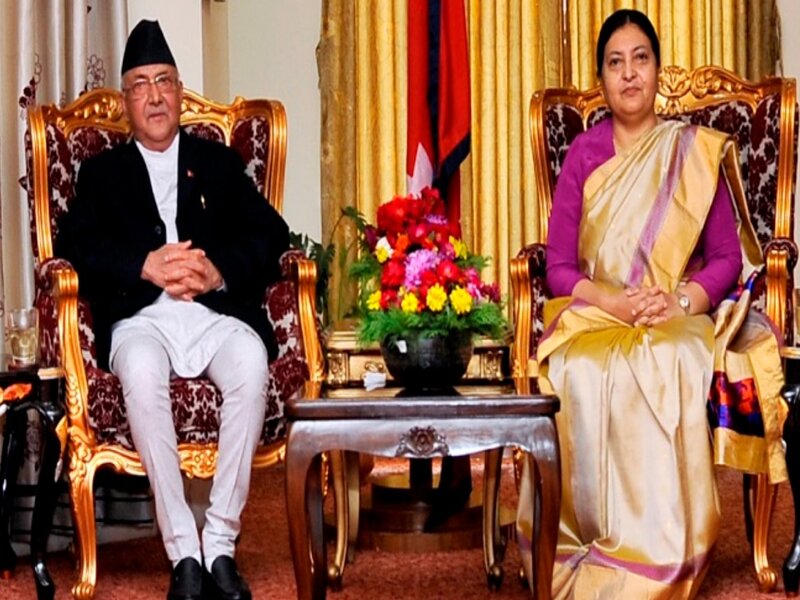 Amid the growing discontent against his authority and intraparty disputes, Nepali Prime Minister KP Sharma Oli dissolved the House of Representatives of the Parliament on Sunday, sparking controversy across the country.

During an emergency Cabinet meeting on Sunday morning, Oli’s Administration, in a drastic move, decided to recommend President Bidya Devi Bhandari to dissolve the Federal Parliament.

As per PM Oli’s recommendation, President Bhandari on Sunday evening dissolved the nation’s House of Representatives (HoR), the lower house of Parliament, two years short of its five-year tenure. The President also announced mid-term elections on April 30 and May 10, 2021.

“On Sunday (December 20, 2020), the Honorable President Mrs. Bidya Devi Bhandari, in accordance with Article 76, Clauses (1) and (7) of the Constitution of Nepal and Article 85 and the basic essence and values ​​of the parliamentary system and the practice of different countries, has announced to dissolve the current House of Representatives of the Parliament and go to the Nepali people for a fresh mandate,” stated President’s Office in a statement.

“The meeting of the Council of Ministers of the Government of Nepal has decided to hold the first phase of the election of the House of Representatives on April 30, 2021, and the second phase of election on May 10, 2021.”

The unprecedented move to dissolve the Parliament was proposed after a non-trust motion, signed by as many as 90 NCP leaders against PM Oli, was registered at the Parliament Secretariat on Sunday Morning. The non-confident motion proposed NCP Chairman Pushpa Kamal Dahal “Prachanda” as the next Prime Minister.

PM Oli alleged that some of the party members are planning to file an impeachment motion against President Bhandari with the one-third majority.

However, with the dissolution of the HoR, the proposals became unviable.

PM Oli’s decision to dissolving the HoR comes on the heels of a deepening crisis in his Nepali Communist Party, where he fell into the minority with the opponent faction demanding his resignation for failing to abide by party decisions.

The controversial Ordinance also empowers PM to take decisions even in the absence of key council members, including the Parliamentary leader of the main opposition, the Speaker of the HoR, and Deputy Speaker of the HR. 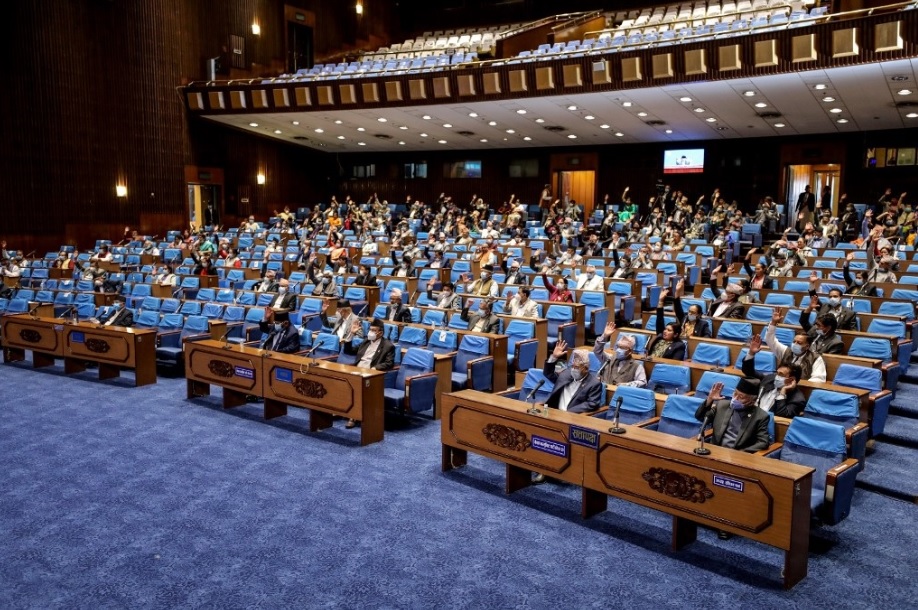 With the dissolution of the Parliament, supporters and leaders of the Prachanda-Nepal faction of the ruling NCP and the opposition Nepali Congress held protests across the country, calling it a “constitutional coup”.

“This is against the democratic values, norms, and spirit of the constitution. This decision of the government has undermined the federal democratic republican constitution and has led the country towards instability, uncertainty, and chaos that might result in the failure state,” said the NC party.

Meanwhile, seven cabinet ministers announced their resignation by organizing a press conference in Singha Durbar on Sunday afternoon. They are: