Bisket Jatra – A Celebration of the Nepali New Year

Bisket Jatra is an annual celebration in Bhaktapur
Culture 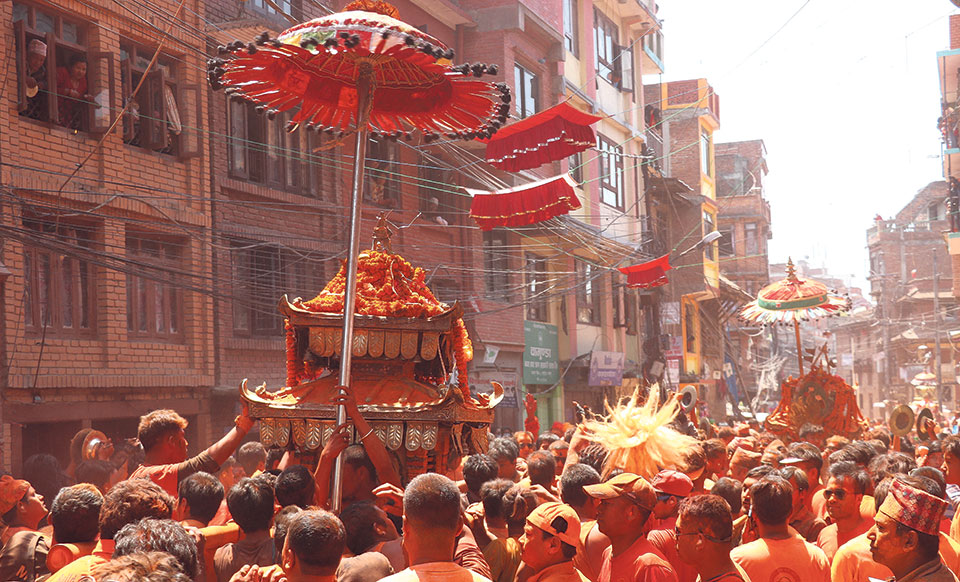 Bisket Jatra is an annual celebration in Bhaktapur and heralds the beginning of the Nepali New Year. It is a nine-day long festival starting four days before the new year day and continuing for four days after. The festival holds both cultural and historical significance.

The Legend Behind the Festival

The festival is believed to have originated during the time of King Jagajyoti Malla. According to a legend, whoever married his daughter, the princess of Bhaktapur, was destined to die on the first night of the marriage. After many grooms lost their lives because of this curse, one prince who married the princess decided to stay awake the whole night to find out the cause. He observed two serpents coming out of the nostrils of the princess and killed them immediately. In the morning, the serpents were displayed on a pole to the local people who celebrated the occasion and initiated a tradition which continues till today as the Bisket Jatra festival.

During the first two days of the festival, a symbolic 25-foot pole displaying the serpents in the form of long ribbons is erected in Taumadhi Tole. On the third day, chariots with the idols of Lord Bhairab, the presiding deity of Bhaktapur and his consort Goddess Bhadrakali are paraded through the streets. Residents of the eastern and western sides of the city indulge in a competitive tug of war event to pull the chariots to their side, as the winning side is considered to be blessed with good luck and fortune. The pole is pulled down on the evening of the new year day.

A prominent feature of the Bisket Jatra is the tongue-piercing ceremony where one person spends the whole day with an iron spike piercing out of his tongue and roams through different parts of city carrying a fire torch on his shoulder.

A large number of visitors both from Nepal and abroad attend the Bisket Jatra festival each year. Tourists are advised to plan their trip well in advance, as hotels and other accommodations in Bhaktapur experience a heavy demand during this period.