This is the first time the temple is opened for the public for Bhai Tika after the 2015 earthquake.
Culture
News

The Nepali Government has decided to open the famous Bal Gopaleshwor Temple in Kathmandu for the public on the occasion of the Bhai Tika festival on November 16, 2020.

Today, the temple at the center of historical Rani Pokhari would remain open for the devotees from 5 AM to 5 PM.

Bhai Tika (the day of brothers) is the fifth and the last day of the Tihar festival 2020. On this day, sisters put ‘Paanch Rangi Tika’ on their brothers’ foreheads, wishing them a long life and prosperity.

So, people without brothers and sisters visit the Bal Gopaleshwor Temple to receive or give tika on the day of Bhai Tika. 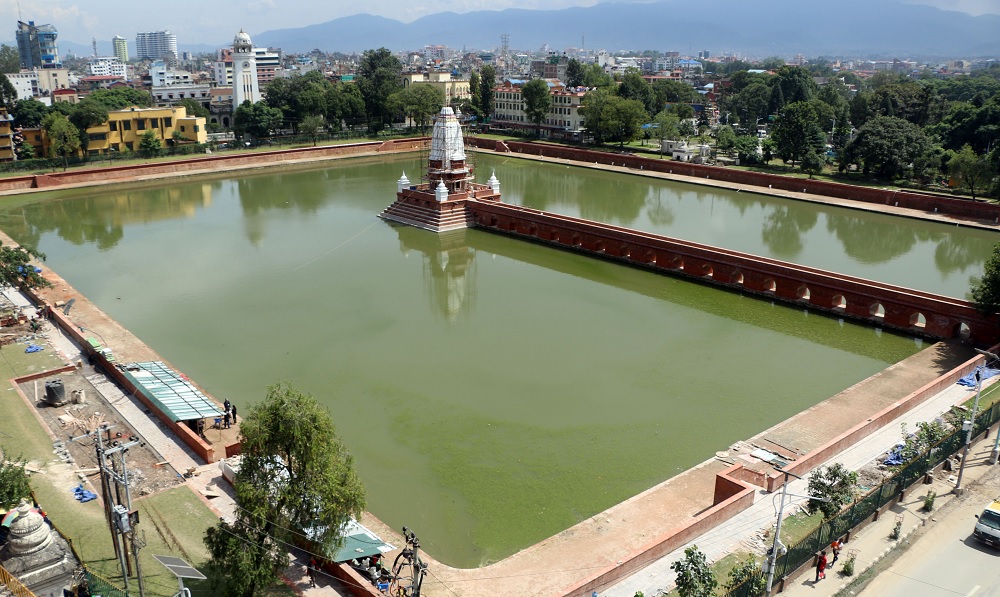 The Kathmandu Metropolitan City (KMC) and National Reconstruction Authority have made all the preparations for opening the temple for devotees.

According to the Chief of the Department of Environment in KMC, Hari Kumar Shrestha, the temple has been decorated with flowers and colorful lights, and security personnel have been deployed to control the crowd.

The reconstruction of the temple, which was destroyed in the 2015 earthquake, was completed recently and was inaugurated by President Bidya Devi Bhandari. The temple was rebuilt in its original Shikhar style as constructed during the period of King Pratap Malla in the 17th century.

This is the first time the devotes are offering prayers in the temple after the 2015 temple.

According to the Nepal Calendar Determination Committee, the auspicious time for receiving or giving bhai tika today is at 11:37 AM.