‘It is important for the private sector to engage both financially and technically in the Nepal’s growth’.
Business
News
World 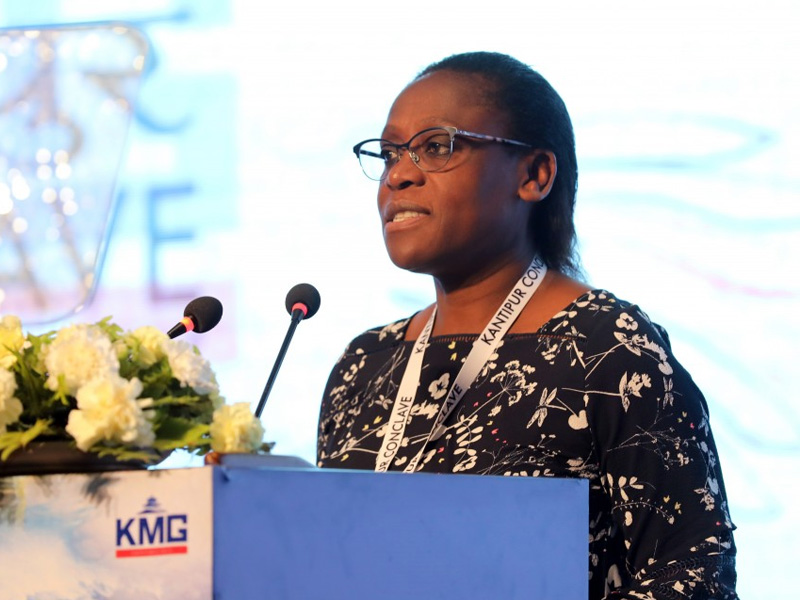 Nepal is currently hosting the Kantipur Conclave in Kathmandu between February 17-18, 2019.

The Kantipur Conclave is being organized by the Kantipur Media Group and has brought together eminent speakers and attendees from across the globe to hold discussions on diverse issues Nepal faces & solutions to propel the country’s growth.

The motto for this year’s conclave is ‘Unleashing Nepal’s Potential’.

Speaking at the inaugural ceremony of the conclave, World Bank Country Director- Nepal, Sri Lanka and Maldives Idah Pswarayi-Riddihough said Nepal’s stable government has been able to strategize and execute long-term goals for the country after many decades of instability.

“After decades of political transition following the Comprehensive Peace Agreement and the devastating setbacks of 2015 earthquake & 2017 floods, we are now back on the path towards a ‘Prosperous Nepal and Happy Nepali’,” stated Pswarayi-Riddihough.

She also spoke about how the natural disasters of 2015 and 17 had thrown Nepal off the development path. However, the World Bank Country Director believes that Nepal is on the right path to achieving ‘Middle Income Country’ status by 2030 by looking at the current data and analysis. 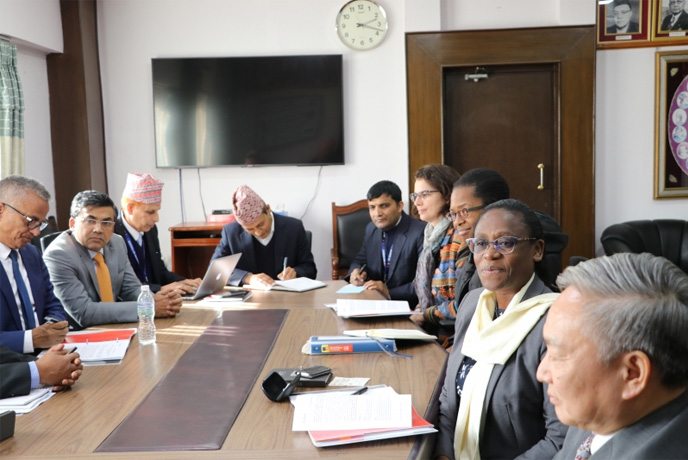 The WB Country Director added that Nepal would need to achieve a sustained annual economic growth rate of 7-8 percent or higher to get the ‘Middle Income’ status by 2030, which is possible only with public support.

“Already, we are seeing a slow but steady shift in the sources of growth from consumption fueled by remittances to investment-led growth. This shift has helped keep the growth strong, at 7.9 percent in FY 2016-17, 6.3 percent in FY 2017-18 and a forecast of 6 percent in FY 2018-19,” said Pswarayi-Riddihough while pointing at the considerable reduction of absolute poverty in Nepal from around 46 percent in mid 90s to 15 percent in 2010.

Stressing on the role of the public sector in Nepal’s development, the World Bank Director said that public resources will not be sufficient and they should not be the only source for the country’s growth.

It is important that the private sector engage both financially and technically in the country’s growth, as its investment is key to Nepal’s success story.

“The government and public institutions are the bedrock on which this economy will continue to be built,” she added.

On the occasion, Pswarayi-Riddihough identified Nepal as an important World Bank member and said that the world body was sincerely working towards the Himalayan nation’s development. This partnership would continue for a long time.

“I am not speaking about money but emotional investment. Nepal is an important member of our institution. In fact, this year marks our 50th anniversary together. With 25 projects approaching $3 billion in financing, we are here for the long-haul,” she said.

“Whether it is proffering support to the federal transition through federalism needs assessment or helping underpin the investment climate reforms through our policy and financial support, or to specific investment in agriculture, infrastructure and social sectors, we continue to support Nepal’s storyline,” said Pswarayi-Riddihough.

Nepal’s development efforts are becoming evident to the global community. It is no doubt that the country is headed forward in the path of stability.