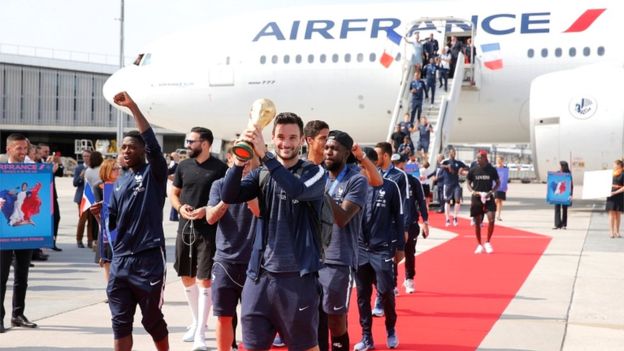 Overwhelming joy all around, fast-paced jets spreading vibrant colors, citizens lined up as a welcome note, many more…!

This was the situation in France as the country rejoiced its victory in the recently-concluded #FIFAWorldCup2018.

On July 17, 2018, the country’s top leadership, football lovers and jubilant citizens welcomed the country’s football team back to the country after their astounding victory in the #FIFA2018Championship.

As the plane landed early July 16, 2018, France Football Team Captain Hugo Lloris and his team led by the Coach #Didier Deschamps stepped into the nation with loads of happiness and a glittering #FIFA2018WorldCupTrophy waving to the country’s cheering crowds.

In a grand official reception amid thousands of attendees including youth from the country’s football clubs, France Premiere President Emmanuel Macron felicitated the victorious soccer players for hoisting the country’s flag at the #FIFAChampionship. 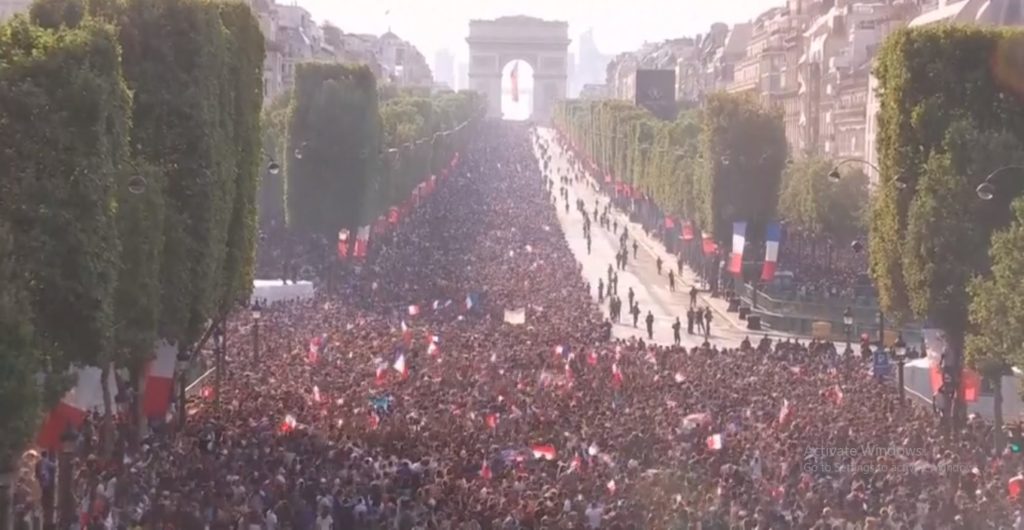 As a rare honor, Macron’s office announced that the team and its coach would get the country’s highest accolade – the Légion d’Honneur, for their contribution to the nation in the form of #FIFA2018Victory.

“Never forget where you come from: all the clubs across France that trained you,” read Macron’s official statement.

While the cities ran into joyful events celebrating the victory of #LesBlues, Paris transport company RATP came up with an enthusing announcement that it would rename some of the country’s major stations after the team’s players.

The final match of the FIFA World Cup saw Croatia and France facing each other for a fierce football battle the world was closely watching.

Placing an end to hours-long suspense, France won the championship beating Croatia for 4-2 in the final #FIFA2018 match held in Moscow on July 15, 2018.