The lake is losing its unique features that make it beautiful, majorly because of pollution and wastage dumps
Government
News
Tourism 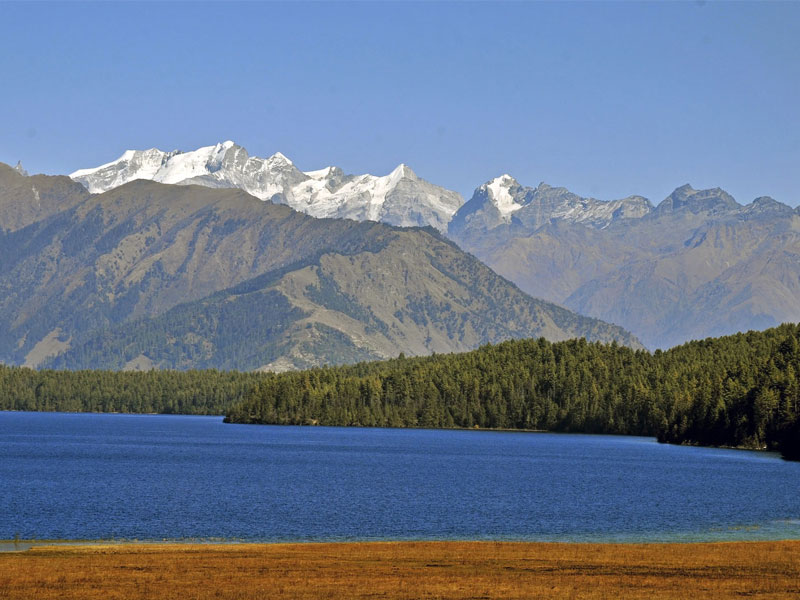 Climate change and resultant environmental impact on Nepal rose to debate once again!

This time it’s the Shey Phoksundo Lake of Dolpa that is known for its deep blue waters, serenity and ever-fresh beauty.

It’s unfortunate that the lake is reportedly losing its unique features that make it beautiful, majorly because of the pollution and resultant environmental impact.

As the reports say, the lake is now under serious threat caused by lack of conservation efforts, soil erosion and waste dumping activity Yarsagumba collectors.

“The lake is very wide, and though you cannot figure out how it is getting polluted, its water is not fresh as it was earlier. Visitors have been dumping garbage in its vicinity,” says Lotai Lama, a member of Thasung Chhorling Gumba, located on the eastern side of the lake.

“People who come to collect Yarsagumba dumb a lot of garbage in the area. Along with them, tourists have also been adding to the pollution and making the lake dirty,” Lama adds.

The lake lies at an altitude of 3,635 meters above the sea level and the surrounding region is famous for rare and very-costly herb caterpillar herb called Yarsagumba (usually found in similar high altitudes of Dolpa). 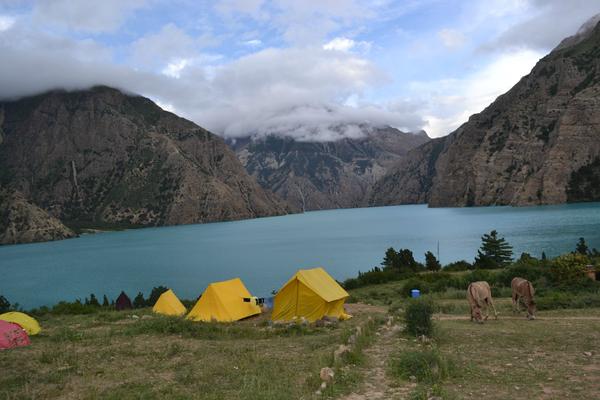 Given this fact, thousands of tourists including women and children visit this place for collecting that herb and dump non-decomposable and harmful waste during their stay, leaving heaps of garbage in the region.

“Nobody cleans the wastes. Visitors and Yarsha collectors are only making the area dirtier every year. The water of the lake, whose color is presently like dark ink, will someday change to something horrible,” says Lama.

Lama adds that the lake is known for its deep blue water, which is now visible only in its middle portion, while the lake has turned green with fungi on its banks.

“But you can also see how the lake is now getting polluted by garbage. It is unfortunate to see such irresponsible behavior from the visitors,” says Lama with deep concern.

Besides, a river formed out of the water running through the lake’s stream, Phoksundo stream, has also turned muddy!

“Since around a decade, garbage has been gradually dumped here, and the area is now polluted like never before. If serious attention is not given, we will lose this wonderful asset. Authorities concerned should stop people from collecting Yarsagumba in this area,” says another local named Rabi Lama.

‘Need to Act on Conservation’

“The climate pattern seems to have changed; we are experiencing harsh weathers these days. This puts natural resources under threat in one or the other way. Landslides and imbalance in water flow from the mountains can be noticed. On the other hand, people are not sensitive towards waste management; they have littered the lake,” says Ang Bahadur.

There is a need to research the issue while also taking concrete action to conserve it, adds Bahadur.

Rigjin Aadgyal Budha, Chairperson of Phoksundo Lake Conservation Committee, says the government has been negligent towards the conservation and research on the Lake.

“We always believed that depth of the lake is 650 meters. But in 2004, the government came up with different fact. We are not satisfied with it,” says Budha.

Following the controversy over the research study, the government has decided to remeasure the depth of the Lake. Locals are eagerly waiting for the next results, adds Budha.

Meanwhile, hotels around the area are also causing a serious concern by dumping their wastage into drainage holes. “We are trying to find a permanent solution for dumping wastes coming out of the hotels,” says Neema Lama, President of Ward-8 of Shey Phoksundo Rural Municipality and a hotel entrepreneur.

Considering the above facts, one can gauge the seriousness of the damage being caused to the ‘Shey Phoksundo Lake of Dolpa’. Its high time for the government to act upon and take necessary measures for conservation of the Lake.

It will also be a great opportunity for the Nepal Tourism Board and Visit Nepal Year 2020 campaign authorities to take up tourism destinations like this as part of their development measures.

Stay tuned for more updates on many such interesting news and feature updates about Nepal!