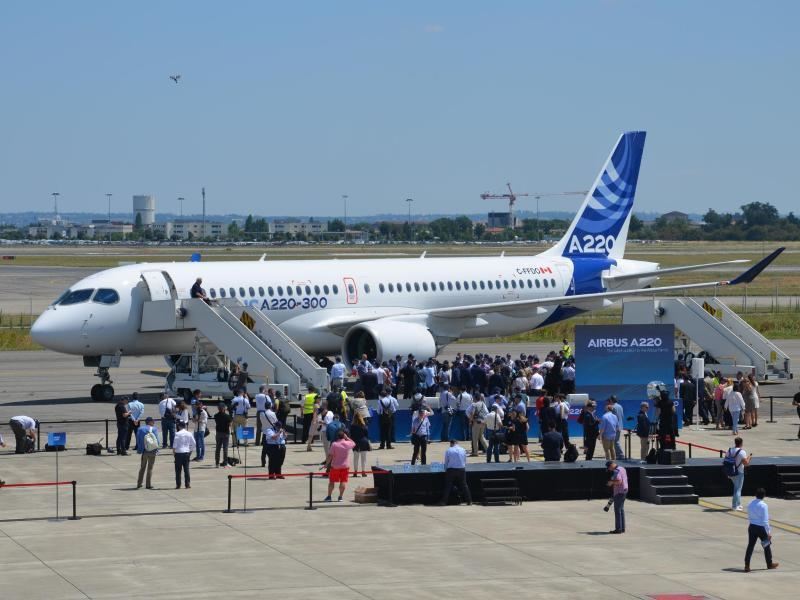 The newest addition to Airbus family – ‘A220-300’ made its appearance at Kathmandu’s Tribhuvan International Airport (TIA) on November 11, 2018!

As part of its ‘world demonstration tour’, the brilliant-looking flight was on display for two days on November 11-12, 2018.

“It has 19 inches wide seat in between two 18-inch seats, considering the comfort of passengers sitting in middle seats,” she said.

According to Airbus, the new aircraft works like a narrow-body aircraft and can fly at a range of up to 3,200 nautical miles.

“We are really keen to bring our new generation aircraft in Nepal as well. We have already promoted our new aircraft to several airline companies that are operating in the Nepali sky,” said Gagne while speaking at the aircraft demonstration event.

The Airbus A220-300 is a product of an October 2017 deal between Bombardier and Airbus. According to the deal, Airbus and Bombardier became partners wherein Airbus holds 50 percent majority shares in the CSeries program. Bombardier and the Quebec Government own 34 and 16 percent shares, respectively.

The new generation Airbus began its world tour at the Zhuhai Air Show in China on November 5, 2018. After Nepal, the aircraft will fly to Thailand and then to Istanbul.