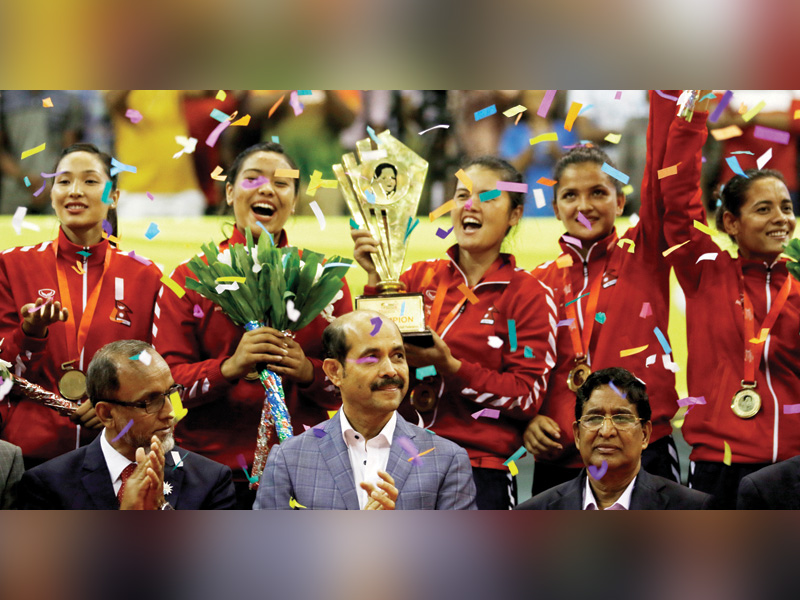 The Nepali side defeated Maldives 3-0 to secure a gold medal at the championship. Nepal maintained an unbeaten record, where it scored 25-13, 25-12 and 25-8 against the opponents in the final match played at the Shaheed Suharwardi Indoor Stadium.

The Nepal women’s team were 4-7 in the first set before they regrouped and then followed up with 12 points to the victory.

Throughout the championship Nepal registered similar 3-0 victories against Afghanistan, Bangladesh and Kyrgyzstan.

The gold medal is a first for the Nepal Volleyball team. The women’s team had only one silver medal and three bronze medals. 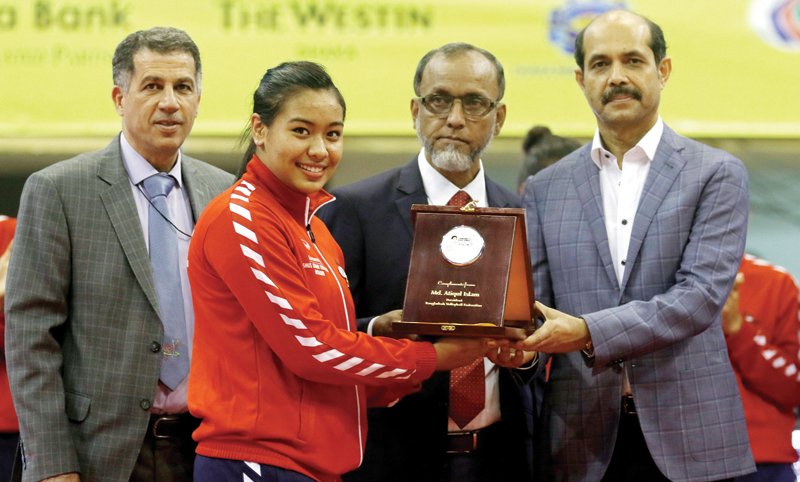 Nepal’s Prathiba Mali was declared the best spiker of the championship. She has also won the Player of the Match award in the match against Afghanistan.

The Nepal Women’s Volleyball team will next be participating in the 13th SAG. The Nepal Volleyball Association has appointed Arun Shahi  as the skipper of the team