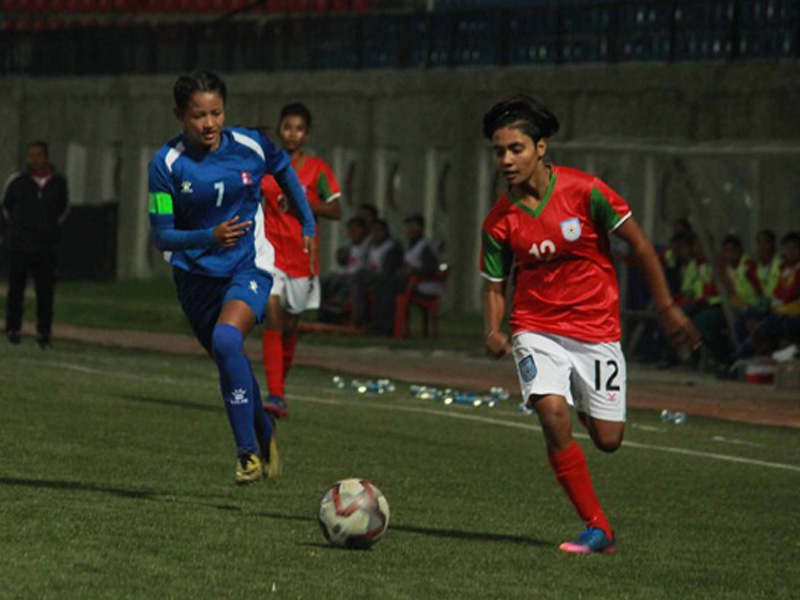 The evening of Saturday, October 6, 2018 will stay longer in Bangladeshis’ memories, as their team clinched the South Asian Football Federation U-18 Women’s Championship trophy with a 1-0 win.

While Nepal continued hard to regain control over the game, the match went on to slip in favor of the winning team.

As fate led the course of the game, Bangladeshi midfielder Masura Parvin’s striker took her team to lead the game in the 49th minute, while Nepal kept trying to recover from the loss.

Nepal’s Rekha Paudel had the chance to level scores at the 51st minute but her attempt was not fruitful. Then as the match progressed the 72nd minute presented a golden opportunity for Nepal, to decide the ambitious team’s fate.

Paudel managed to lead the ball to the winning zone but was discouraged when it touched the frame of the goal net and bounced off taking away whatever chances Nepal had.

While the two teams played their best to get to the top, only one team could get hands over the winning cup and Bangladesh turned out to be the lucky one. 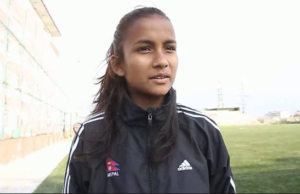 All’s well that ends well! Despite Nepal settling for second position at the SAFF U-18 Women’s Championship, it is note-worthy that Rekha Paudel was conferred as the player who scored ‘7 goals’ throughout the championship, second after winning-team Bangladesh’s Masura Parwin who scored 8 goals in the tournament, which was the highest number of goals made by any player in the SAFF Championship.