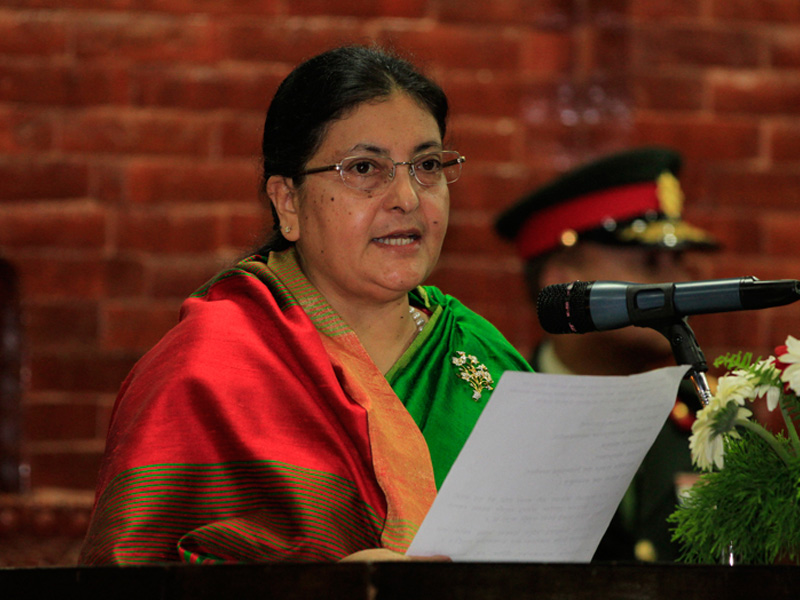 Nepal hosted the Environment Conference 2018 in Kathmandu on October 07, 2018, bringing together various ecology & climate change experts to discuss on measures to protect environment.

The day-long conference organized by the Department of Environment saw environmentalists, policy makers, government officials and representatives from various non-governmental agencies in Nepal.

In their address, key delegates emphasized on climate change and air pollution as major environmental threats to Nepal and called for measures to fight the menace

“Rising population and unchecked urbanization have emerged as challenges to environment protection. There should be an all-out effort from all sides to stop climate change,” said the President of Nepal Bidya Devi Bhandari in her inaugural address.

While the climate change has intensified drought & other major climate change aspects, rapid snow melting on the other side are impacting the country’s snowy mountains, said the President calling for immediate environment programs.

“On one hand, climate change has intensified drought, forest fire and other extreme climatic events, causing disasters. And on the other hand, rapid snow melting has turned our mountains grey, which can have serious impact on our tourism industry,” she added.

“Nepal is not the only country to face the problem of air pollution. We need to switch to electric vehicles, invest in public transports, among other immediate measures, to reduce pollution. We must have a collective approach,” said Arnico Pandey.

Waste Management
Waste management, in urban areas, is another key area that many participants emphasized on as part of the conference.

In this regard, he called on for active participation of local governments, communities and stakeholders in addressing such environmental concerns.

Let’s hope the effective public participation supported by policy-level measures will drive the expected results towards safe and secure environment in this ecology-rich country.