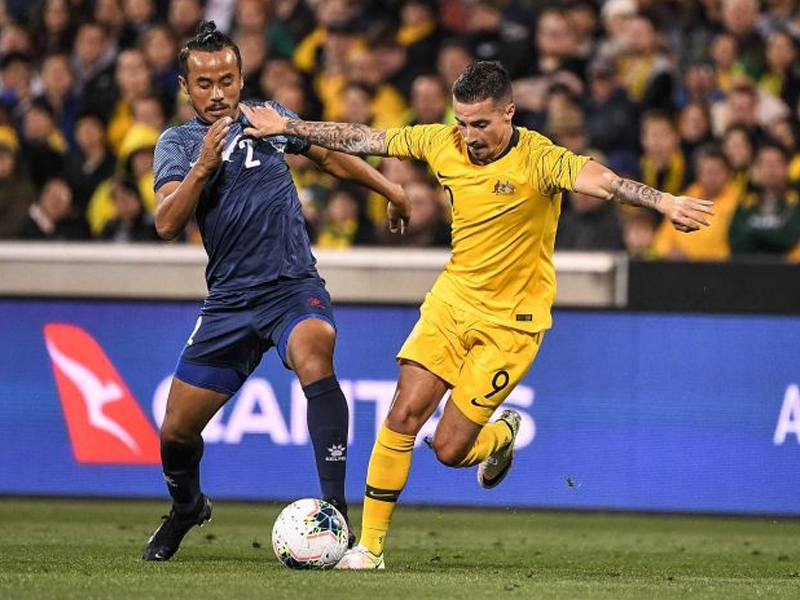 Nepal suffered a 0-5 loss at the hands of Australia which proved its grit in the very first six minutes of the match.

Australian footballer Jamie Maclaren took the lead when he scored his first goal in the sixth minute and his second in the 19th minute.

This was followed by Harry Souttar’s brace comprising of goals in the 23rd and 59th minute.

Maclaren sealed a hattrick for himself with his third goal in the 90th minute of the match.

While Nepal tried its best to maintain its defense, it failed to keep Australia from scoring.

Nepal will now move to Amman in Jordan for its next match on November 15, 2019.

Nepal has been displaying a low performance in the  Asia Qualifier Round 2 matches. The team has won one (Nepal Vs Chinese Taipei) of the three matches played in the Round 2 Qualifiers against Kuwait (7-0), Chinese Taipei (0-2) and Australia (5-0).

Nepal now stands the risk of being eliminated from the qualifiers. Let’s see what the upcoming match against Jordan has in store for Nepal.