According to MoFAGA, Nepal is currently short of 40,000 civil servants
News 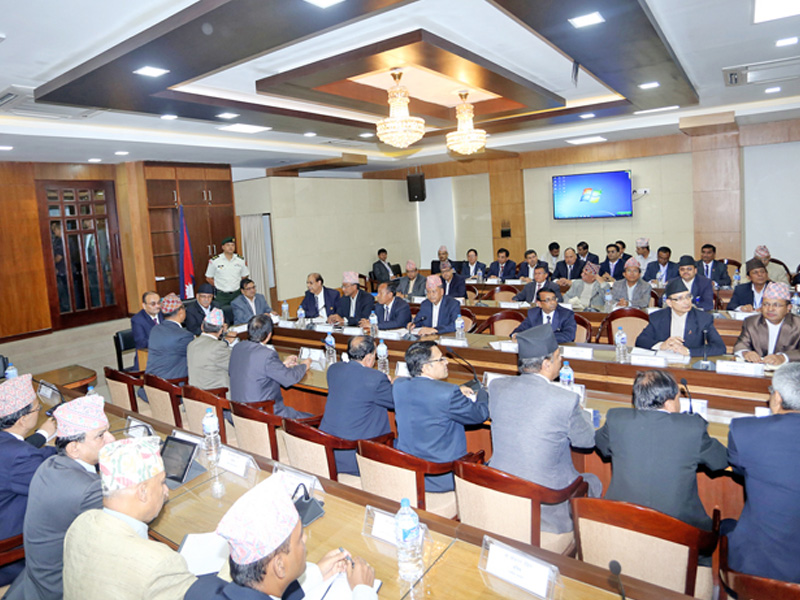 The Government of Nepal is planning to seal a new deal that would end widespread criticism over utilization of donations in non-productive areas.

As the reports say, the government is negotiating on a new deal with 14 donor agencies to raise a fund of Rs 23 billion to support civil services capacity development.

The Ministry of Federal Affairs and General Administration (MoFAGA) is planning to utilize this fund over a period of four years towards capacity enhancement of civil servants across 750 local units.

According to MoFAGA, the country currently has around 17,900 civil servants across local units.

Whereas, Dinesh Thapaliya, Secretary at MoFAGA feels that the country would still require more civil servants for effective functioning of local bodies. In a briefing to the State Affairs Committee (SAC), he said the country is currently short of 40,000 civil servants.

“Government is planning to spend Rs 23 billion on capacity enhancement and training for civil servants at the local units over the next four years. We have chosen 14 donor agencies for the purpose, but we are yet to sign the official agreement,” said Thapaliya.

He further informed that the funds will be used through the provincial governments without any direct involvement of federal or local governments.

Civil Servants, Need of the Hour
Under the plan, the Ministry will classify all local units into 10 categories based on population, revenue, infrastructure and geography.

And, even a small local unit will have at least three special officers including an education officer, an engineer and a chief executive.

However, officials claim that lack of timely deployment is majorly due to delay in the passage of the Federal Civil Servants Bill.

The cabinet approved 45,858 civil service positions at the central level including for different bodies such as courts, Foreign Ministry and Attorney General’s Office and has given only 21,399 for the provinces and 58,000 for local levels.

Thapaliya feels that 28,000 civil servants will be enough to meet related requirements at the center.

Event lawmakers, opposition party leaders and others find fault with the government’s act of utilizing funds for training and seminars and urge that it should instead focus on producing more civil servants.

Let’s hope the new deal will give needed push to address the civil servant requirements at all levels of the country.