With this, the number of Nepal’s external outreach with world nations as part of diplomatic relations reached 160
News 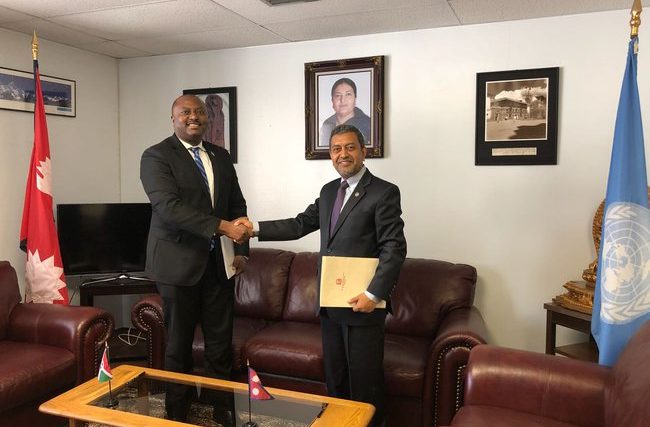 In another move expanding its external relations, Nepal signed diplomatic ties with the African nation Burundi.

In this regard, the concerned officials of both the countries have recently signed a Joint Communiqué in New York on behalf of their Heads of States and government departments, said a statement by the Nepali mission in UN.

With this, the number of Nepal’s external outreach with world nations as part of diplomatic relations reached 160.

On the occasion, the two officials held bilateral discussions on the ways to make their bilateral ties instrumental across national and global platforms.

They also discussed the scope of taking ahead the relations further on a bilateral basis and also through the frameworks such as South-south and Trilateral co-operations.

Besides, the two countries also served as the non-permanent members of the UN Security Council and members of the Economic and Social Council (ECOSOC) in 2002 and 2003 as a representing their respective regions. 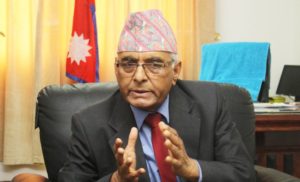 Meanwhile, in another update regarding Nepal-Saudi bilateral ties, the Kingdom of Saudi Arabia has pledged its support to Nepal in its infrastructure projects through financial aid and loans.

“The state-owned Saudi Fund for Development (SFD) has pledged to extend a SR 30 million loan facility for infrastructure projects in Nepal,” Nepal’s newly-appointed Ambassador to the Kingdom of Saudi Arabia Mahendra Prasad Singh Rajput said in a statement.

The envoy further informed that Nepal is currently studying the clauses of a draft agreement, which will facilitate deployment of Nepalese domestic workers in this country.

“We will submit some project proposals to SFD shortly in this regard,” he added.

Speaking further on the deal, Rajput explained that Nepal is going through the proposal pertaining to labor agreement between the two countries and is keen on proceeding positively considering Saudi’s position as the top destination for Nepali migrant labor.

Hope the new deal will address the employment concerns of more number of Nepali migrant labor looking out for job in the Saudi market.