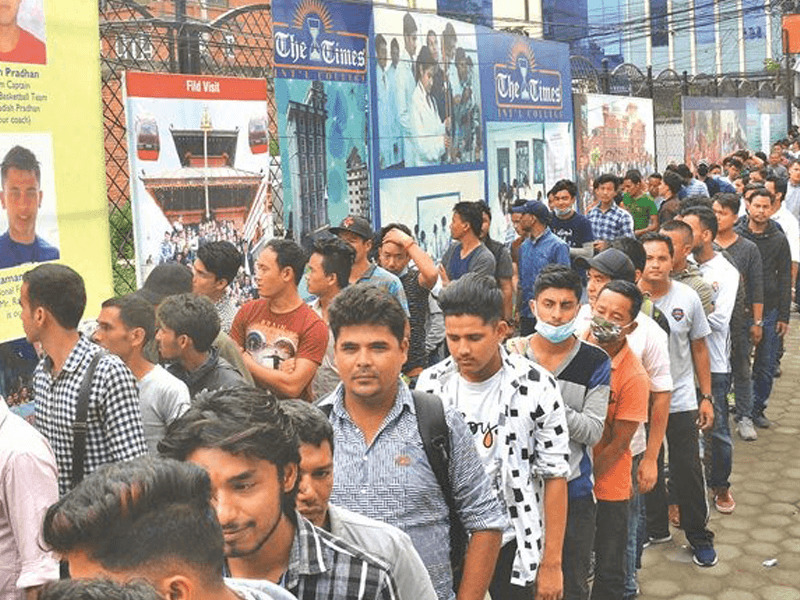 Nepal is witnessing a rise in its number of general public applying for civil and other government service postings.

According to Nepal Public Service Commission (PSC), a total of 24,129 joined the civil service under the open category and nearly 16, 939 under the reservation quota in the last eight years.

In his opinion on the trend, a PSC member Ashok Jha said the reservation process has helped the government in shedding light on people from marginalized groups to bring them into the mainstream.

“The inclusion system has encouraged people from marginalized communities and groups to appear for the most competitive PSC exams, which itself is an achievement because in the past, people from these communities did not even think of appearing for the exam,” says Ashok Jha.

Jha further informed that the reservation process has motivated many aspiring candidates as evident in their excelling performance in the open category exams.

“Now, it is hard to see any reserved seat not being filled,” adds Jha, pitching for the continuation of reservation policy in the country at least for another 10 years period.

Meanwhile, a former chief secretary said the time has arrived for review of the reservation policy that should be reviewed once in every 10 years.

In this regard, he urged the government to review the inclusion policies and ensure that they benefit the needy.

“There should be only one-time inclusion quota for intended groups,” said the former chief secretary, urging the government to also check the quality of the selected applicants.

“The irony of the reservation policy is that a candidate can get selected by merely securing 40 marks, whereas a candidate competing under the open category may not be lucky even if she/he scores 65 marks,” the ex-government official added.