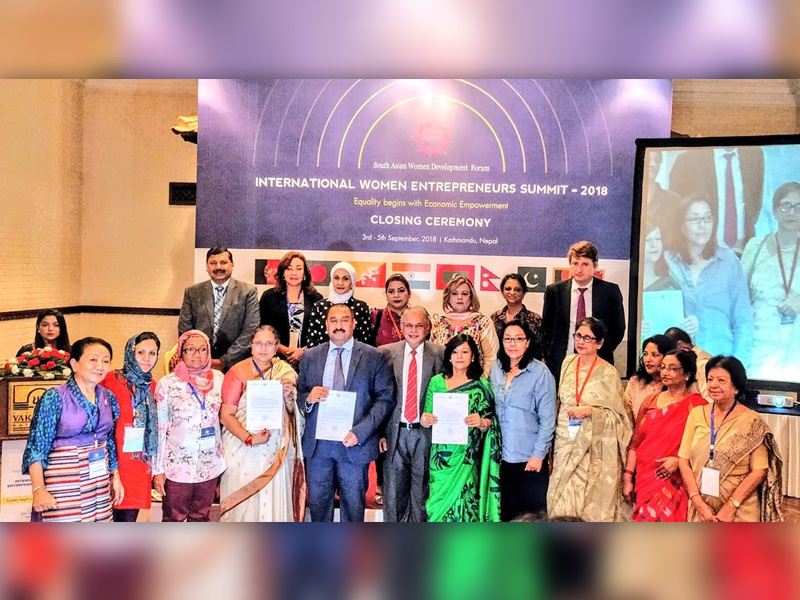 SAWDF President said this on the side-lines of the three-day International Women Entrepreneurs Summit 2018 held in Kathmandu during September 3-5, 2018.

In her address at the Summit, Rijal further said the society being full of ‘insecurities’ is one factor hindering the active participation of women in the socio-economic development of the country.

She called on Nepali women entrepreneurs to explore successful enterprises that can be replicated in Nepal.

“Insecurity comes when women are not self-reliant,” said Rijal, while urging women to fight against social discrimination.

Adding to the same, Vice-President Nanda Bahadur Pun pitched on the need for effective public participation to curb illicit activities against women.

Meanwhile, Foreign Minister Gyawali said the only solution to stop such activities is empowering women financially. “Women in work or business not only help the country to reduce poverty, it also contributes to economic development,” says Gyawali.

As part of the Summit, various other leaders and entrepreneurs spoke on key areas pertaining to women empowerment and participation in the society.

They said the middlemen involvement and limited access to finance are major hurdles to the growth of women entrepreneurship.

On the side-lines of the Summit, a report entitled ‘Reflections on Policies for Women Small and Medium Entrepreneurs: Status, Challenges and Opportunities in Hindu Kush Himalayas and the SAARC Region’ was unveiled on September 04, 2018.

Overall, the three-day Summit called for setting up of multiple partnerships and collaborations involving international and national organizations and also address the challenges associated with promoting gender-responsive trade facilitation policies.

Hope, more such summits and high-level debates would bring more women-centric issues onto the public domain finding a right direction for their addressal. 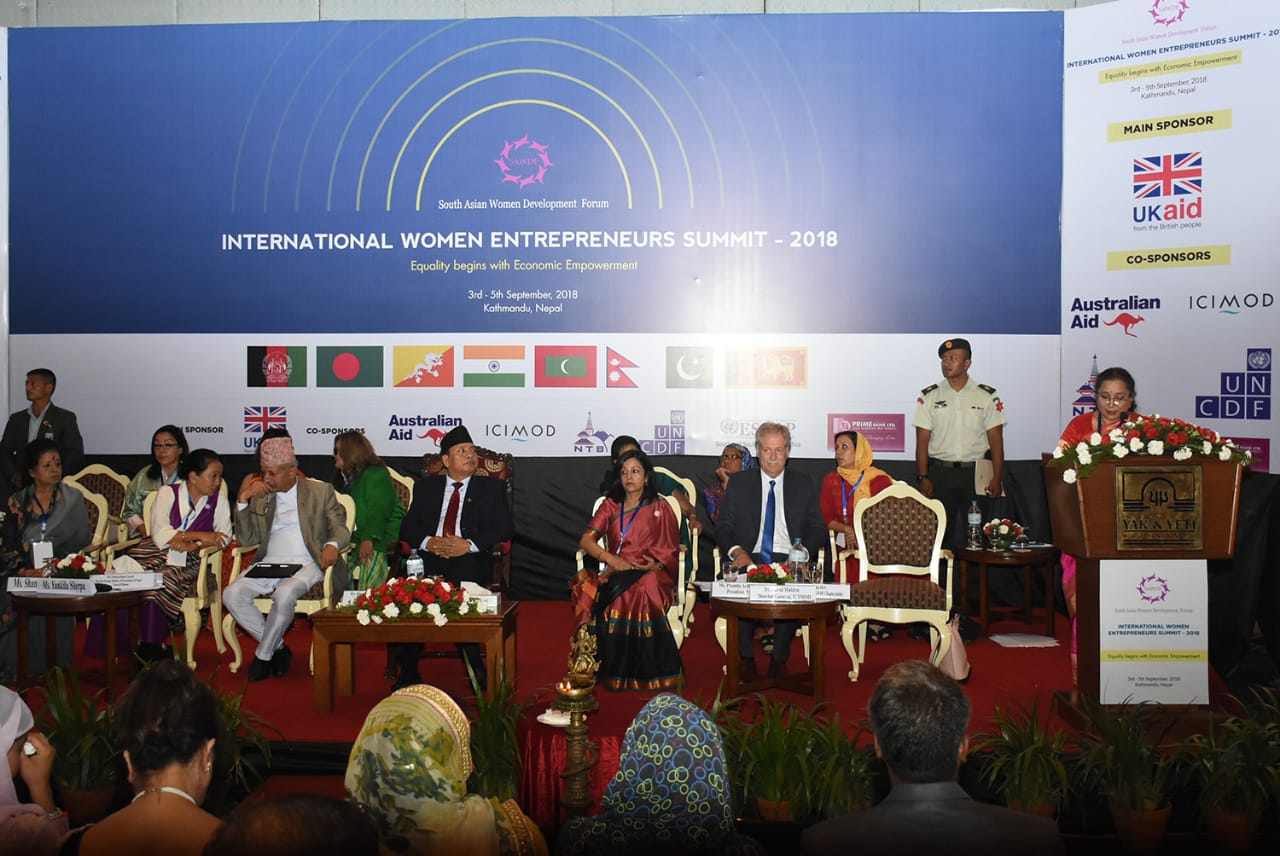 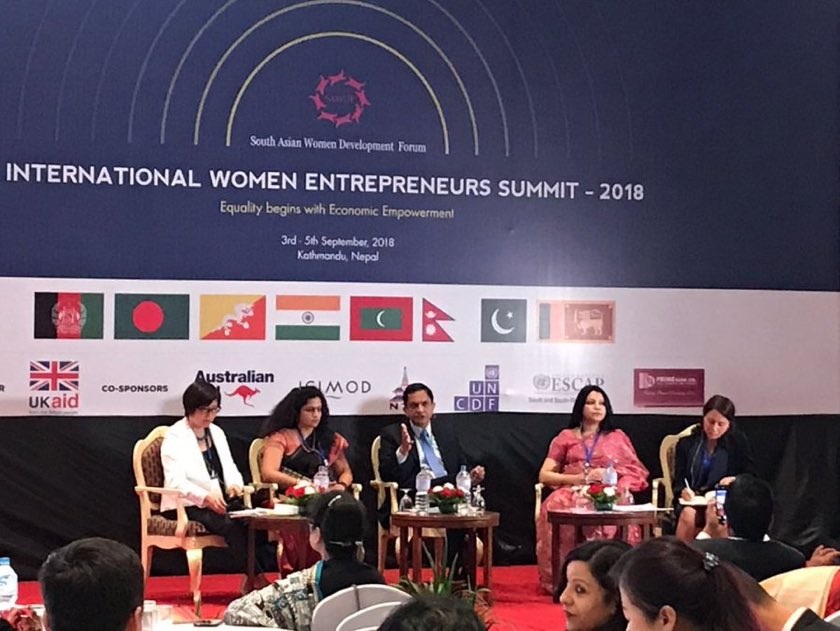