Unsafe abortions cause the deaths of some 47,000 women worldwide
News
World 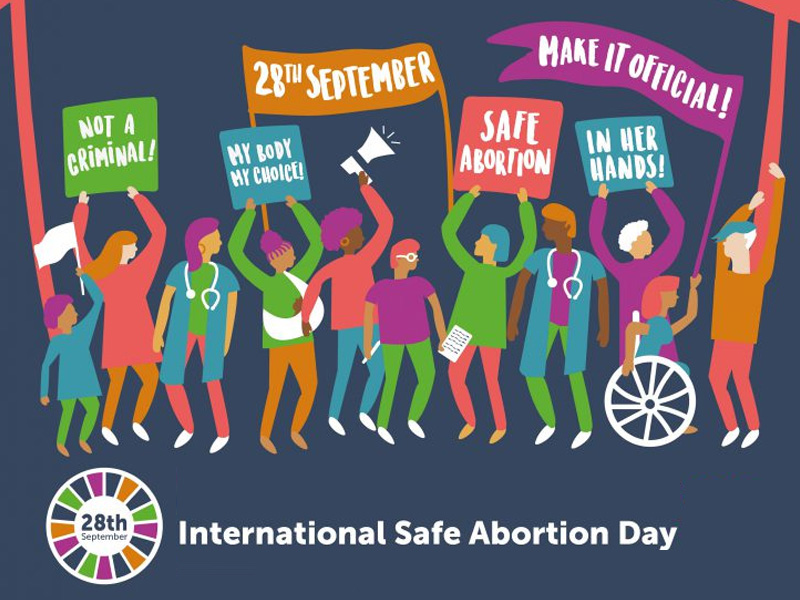 In a call awakening the world nations, the United Nations Human Rights Council (UNHRC) working group strengthened its cause for safe abortions on the occasion of International Safe Abortion Day on September 28, 2018.

In a statement issued on the occasion, the world body said that states across the world should take action to decriminalize abortion and make every attempt to ensure that women and girls have the rights to make decisions regarding their pregnancy.

Current Scenario
According to UNHRC working group, the world witnesses a considerable number of deaths due to unsafe abortions.

“Unsafe abortions cause the deaths of some 47,000 women each year and a further five million suffer some form of temporary or permanent disability” said the governing body, in view of the discrimination against women in law and in practice.

Some statistics to consider:

As per World Health Organization (WHO) data, criminalizing abortion does not reduce the number of women involved in the practice.

Moreover, “Too many women are physically and verbally mistreated or simply denied emergency medical care after abortions, amounting to another means of punishment which violates international law and, in many instances, national laws and policies, ” says UNHRC experts.

Call to Action
UNHRC experts opine that the below measures can be helpful in creating a safer environment for women and girls.

They identify the government as an important factor in bringing about a friendlier approach to such women and girls. “Governments have a duty to ensure that women and girls who have abortions are treated humanely and without judgement or assumption of violating laws, in particular in cases of miscarriages,” they stressed.

Furthermore, they think that countries already implementing laws and policies in favor of reproductive rights can set an example to countries who have not yet implemented such laws.

Concerns about unsafe abortion should be addressed through public health, relevant medical malpractice and civil law.

We hope that countries around the world allow their women and girls to make rightful decisions regarding their pregnancies and their termination.

Emphasizing that world nations should strengthen their efforts against discrimination, UNHRC said, “It is therefore crucial that countries demonstrate their commitment to eliminating discrimination against women in their legislation and to advancing women’s and adolescents’ sexual and reproductive rights, in accordance with international human rights standards.”