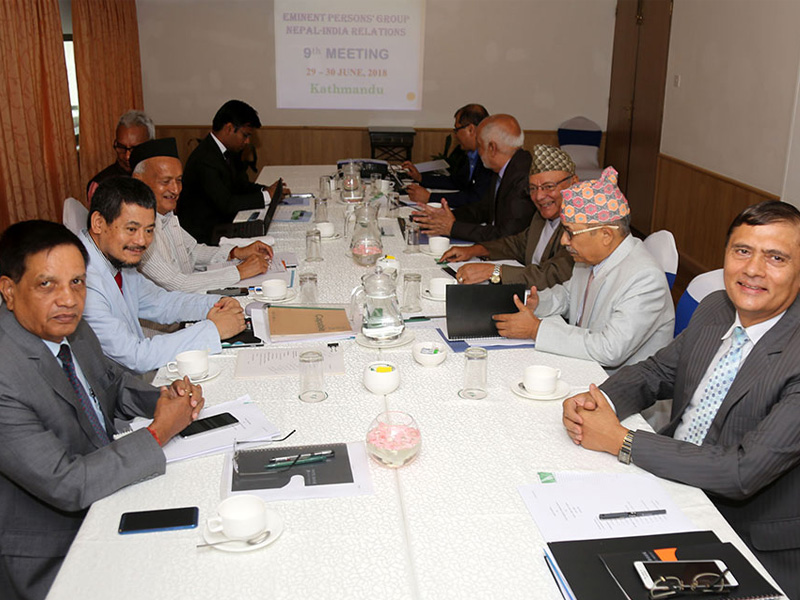 In this regard, Gyawali reportedly urged the Indian side to accept the report given by the EPG team pertaining to bilateral ties.

“The EPG was a wise initiative. It was based on the realization that all bilateral aspects should be reviewed according to new paradigm of the 21st century. I am confident that it will be submitted and implemented,” said Gyawali, speaking on India’s reluctance to Nepal-India EPG report on Indo-Nepal ties.

Earlier on June 30, 2018, the Indo-Nepal EPG met to address key gaps concerning bilateral ties of both nations and come up with a joint-report on the same.

The meeting ended with important recommendations including the 1950 Peace and Friendship Treaty, new regulations for Indo-Nepal border crossing and measures to control trafficking and terrorism, among others.

While the report has been prepared and shared with both government heads, the Indian side is not pleased with the recommendations of the report.

Nepal said that India cannot raise questions about the report since it was prepared by a joint team that was nominated and appointed by both countries ruling governments, while expressing concern over the situation.

Nepal Minister for Communication and Information Technology Gokul Baskota said that Nepal Government cannot even imagine that India will not accept the EPG report, as it was jointly prepared by both nations.

Moreover, he said that Nepal is hopeful of the report’s early implementation, which seeks to redefine Nepal-India relations in the wake of Nepal’s changed political scenario, answering media queries.

“EPG was formed following an understanding reached between the prime ministers of both countries and the report was prepared by members nominated and accepted by both countries, so Nepal does not think that India will not receive the EPG report,” adds Baskota.

Indian Prime Minister Narendra Modi has reportedly been hesitating to meet the Indian EPG side who have to submit the EPG report.

They have been seeking an appointment with Modi since the last five months but have not been successful owing to his busy schedule.

According to sources, Modi is not happy with some of the joint report’s recommendations.

Minister Baskota opines that if India continued to avoid the report, it may result in indifference between the two nations bilateral relations.

The contents of the report have not been revealed, however, a section of Indian policymakers and strategy builders have already expressed dissatisfaction over its contents.

A few recent media reports indicate that Modi has been advised against the reception of the EPG report as it calls for revision of some ‘unequal’ treaties, going against India’s interests.

Indian ruling party leader Vijay Jolly said publicly that the report was unacceptable for India, during his visit to Kathmandu.