On the occasion, PM Oli listed remarkable improvements in the fields of agriculture, education and health.
Government
News 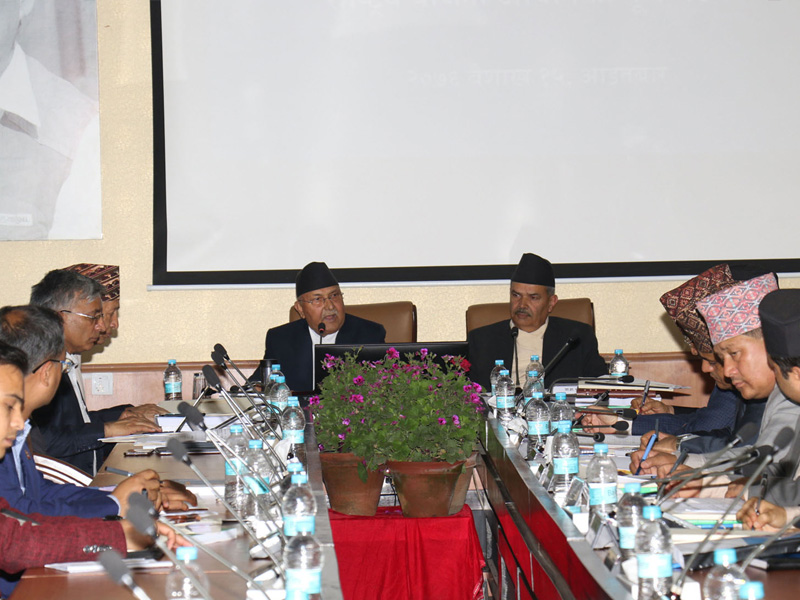 “Now onwards, no Nepali citizen will be forced for begging in the street to meet the survival needs,” said Prime Minister KP Sharma Oli.

Speaking at the full meeting of the National Planning Commission (NPC), the Prime Minister assured that the government will take full responsibility of fulfilling the survival needs of the poor, helpless and incapacitated people.

He confidently said that there would be a significant fall in number of people living under the absolute poverty line during the upcoming fifth periodic plan.

“We expect your telephone calls provided that any people were seen in the street begging out of compulsion and the government will take up their responsibility through the Prime Minister Employment Program. We are making social provisions differently. The society is free but none is free to die because of compulsion,” said Oli who is also the NPC Chair.

On the occasion, PM Oli listed remarkable improvements in the fields of agriculture, education and health.

NPC Vice Chair shared that Dr. Pushpa Raj Kandel said that the new periodic plan would bring about the spirit of prosperity.

The meeting decided to permit the presentation of the 15th periodic plan’s foundation paper in a meeting of the Council of Ministers.