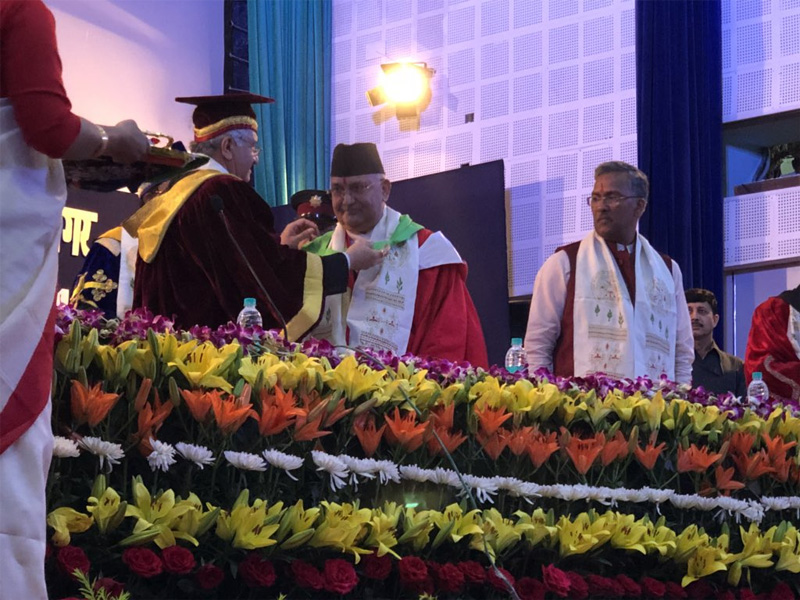 Nepal Prime Minister KP Sharma Oli was conferred the honorary degree of Doctor of Philosophy by South Korea’s Kangnam University on May 29, 2019.

Oli was presented the degree for his contribution to the field of politics. The Nepal PM has dedicated over two-thirds of his life to politics and played an important role in establishing the Maoist community part of mainstream politics & republic in Nepal. 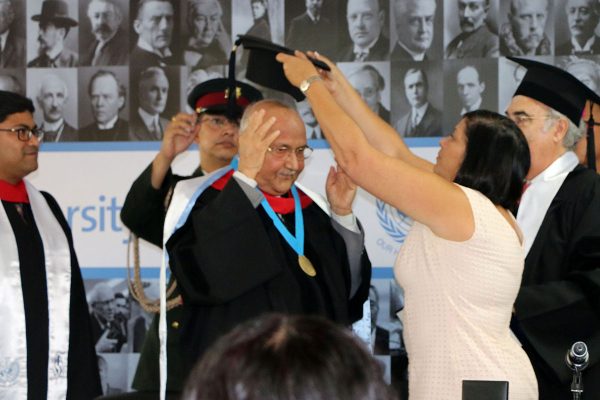