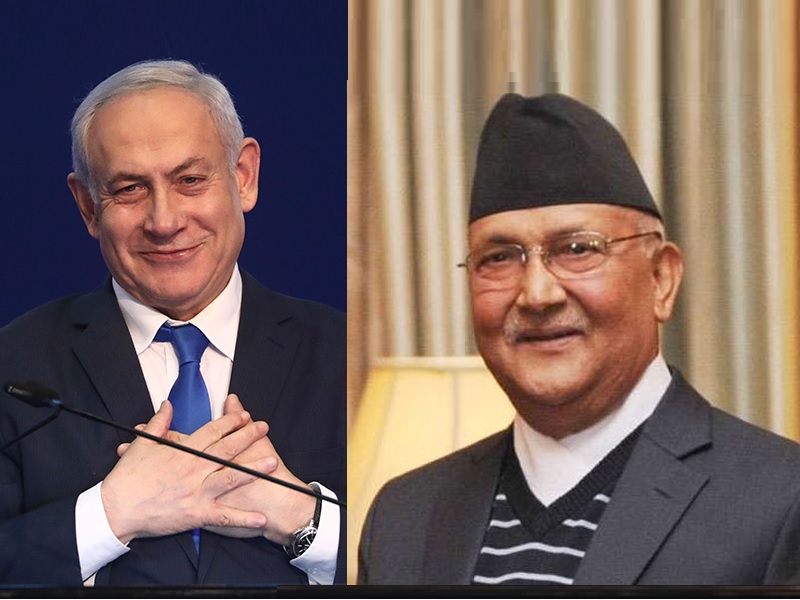 Nepal has marked the 60th anniversary of diplomatic relations with Israel on June 1, 2020.

During the conversation, the two leaders exchanged greetings and expressed satisfaction on the bilateral relations that grew exponentially over the past 60 years.

PM Oli escalated the need for the transfer of Israel’s sophisticated technology to Nepal’s agriculture and health sectors. He also thanked Netanyahu for taking care of Nepalis in Israel.

“The Prime Ministers agreed on the exchange of high-level visits at an appropriate time for the expansion and deepening of bilateral cooperation,” stated the Nepal Ministry of Foreign Affairs (MoFA).

According to the MoFA, around 12,000 Nepali migrant workers are residing in Israel.

The conversation also covered the effective measures taken by the respective governments to contain the coronavirus spread.

“The two Foreign Ministers have expressed happiness over the 60 years of friendship and cooperation between the two countries and touched upon the potential areas of expanding cooperation, including trade, human resources and agriculture, among others,” said MoFA.

Nepal was the first country in South Asia to establish diplomatic relations with the Jewish State on June 1, 1960.

Former PM Bishweshwar Prasad Koirala has set the foundation for Israel-Nepal ties by visiting the Jewish State in 1960.

Foreign Minister Kamal Thapa made the last notable visit to Israel in May 2016.

Even though people are reeling under financial hardships caused by the coronavirus pandemic, the Nepali Government…Read more