According to AIDIA, the ever-growing political and socio-economic challenges are limiting the scope for thinking and planning
Events in Nepal 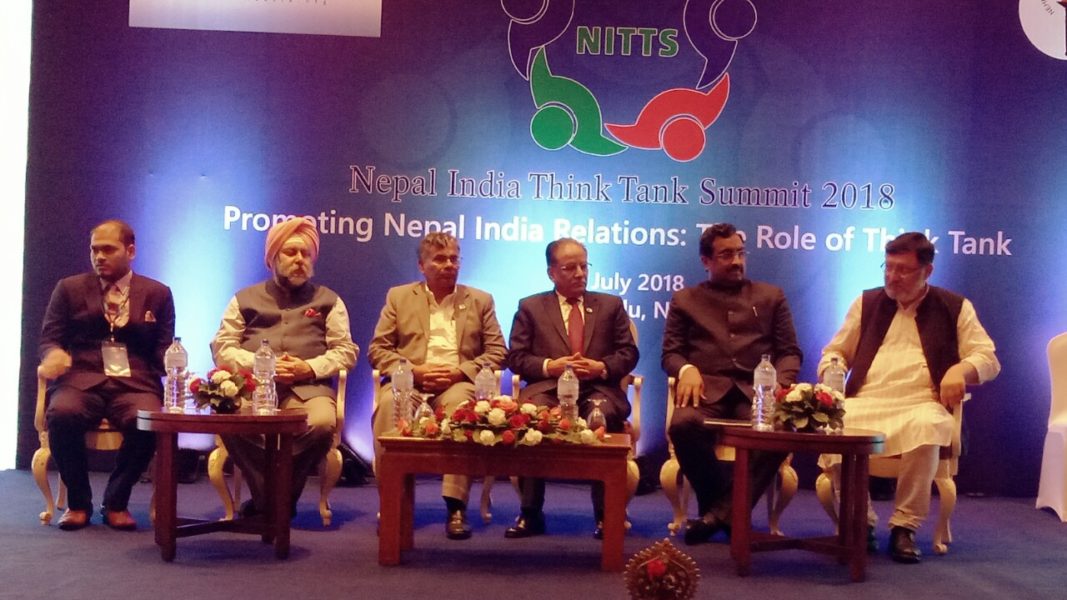 In a move strengthening Indo-Nepal ties, the Asian Institute of Diplomacy and International Affairs (AIDIA) is organizing a special summit that would highlight the role of think-tanks in taking ahead the bilateral cooperation between two nations.

An official release informed that the summit will work on cooperation in key areas through regular dialogues and institutional collaboration on resource-sharing for joint events between think-tanks of the two countries.

“The Summit will for the first time address the need for greater collaboration and knowledge-sharing among Nepali and Indian think tanks as well as the particular problem of bridging the gap between think tanks and policymakers,” AIDIA said in a statement.

According to AIDIA, the ever-growing political and socioeconomic challenges are limiting the scope for thinking and planning.

In view of that fact, the Summit will start showcasing the role of think-tanks in transforming Nepal-India bilateral relations.

‘Look South’ Policy
Speaking on the sidelines of the summit, the Director of Think-tank India Foundation Ram Madhav said oceans can play a vital role in Nepal’s development considering the importance of water connectivity.

In this regard, he called on Nepal to adopt the ‘Look South’ policy to gain advantage of better connectivity through Indian Ocean.

Terming Indian Ocean as the most-happening aspect, Ram Madhav urged Nepal to get the best of the Ocean by tapping its potential using Bangladesh’s Chittagong Port and India’s Calcutta Port.

Speaking further on Indian Government’s move towards supporting neighboring nations, Madhav informed that India is committed to support Nepal and has extended its support in the latter’s efforts to progress in the path of parliamentary democracy.

Key objectives of the summit include:

AIDIA is planning similar summits every year under the single agenda of strengthening bilateral ties.

“The Summit is proposed to become an annual feature for the participating organizations and will be hosted alternatively each year in Nepal and India respectively. Important issues encountering Nepal–India ties and emerging issues in regional/international level will form the specific themes of the Summit each year,” informed an official release.

This year’s Summit on July 31, 2018 saw the participation of  Former Nepal Prime Minister Pushpa Kamal Dahal as its chief guest, along with other key dignitaries including Indian Ambassador to Nepal Manjeev Singh Puri, AIDIA Founder Sunil KC and Director of India Foundation and BJP National General Secretary and India Think-tank Director Ram Madhav, among others.