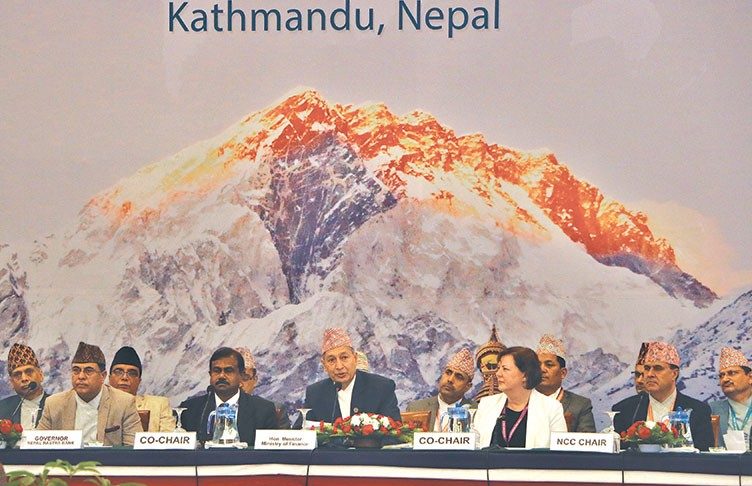 Officials from different nations gathered in Kathmandu on July 24, 2018 to discuss measures to tackle money laundering through illicit activities.

Nepal hosted the 21st plenary of the Asia-Pacific Group on Money Laundering (APG) event, which saw more than 500 participants from more than 50 nations.

The event saw key discussions on measures to tackle money laundering and terrorist financing, wherein, experts pitched for usage of advanced technology across the regulatory mechanism to tackle illicit flow of money.

As an inter-governmental anti-money laundering body, APG is part of a global network of similar international bodies such as Financial Action Task Force (FATF).

Speaking at the conference, Head of FATF Delegates Kristen Alma said FATF would take necessary steps to tackle virtual currency as they expand further as a safe and secure payment method.

“The FATF will also continue to work on financial and regulatory technologies to combat illicit financing and increase financial inclusion and potentially reduce regulatory and supervisory cost,” says Alma.

The five-day plenary being held between July 21-27, 2018 will also see the discussions on governance, mutual evaluation reports and policy matters, informed APG.

Nepal’s View for Money Laundering
In his address at the event, Nepal Finance Minister Yubaraj Khatiwada said technology advancements made money laundering easier than before with the real-time money transfers driven by new multi-service institutions.

Pitching for strict measures to tackle the same, Khatiwada said that the regulatory needs to adopt a high-tech and intelligent approach to track illegal financial transactions associated with digital payments and virtual mode of payments.

Equally important would be capacity development of informers or reporters, investigators, prosecutors, judges, and enforcement agencies to reduce the risks related to money laundering and terrorist financing, says the Finance Minister.

As part of the conference, Nepal’s Department of Money Laundering Investigation highlighted that it has won nearly 80 percent of the money laundering cases it filed at the Special Court.

While the department has so far filed 40 cases in total, the Court cleared 21 out of 25 cases in favor of the state, showing the success rate of 84 percent.

Some of those cases involving some ‘notorious’ dons got a clean chit, the department added.

Despite the failures in high-profile cases, Nepal has been successful in dealing with 90 percent of the reported cases.

I have information from the colleagues that there is almost 90 percent success rate in court cases. This shows our growing capacity to tackle such kind of illegal activities, says Khatiwada.

He further informed that the government has already implemented key measures to tackle such illicit activities.

“A number of laws and regulations have been enacted; AML/CFT National Strategy and Action Plan have been implemented; structural and institutional setup has been built; and AML/CFT regulatory & supervisory regimes have been operationalized,” the minister informed.

The Minister informed that the government has also brought the Department under the ambit of PMO from the Finance Ministry as part of its strategy to strengthen the regulatory mechanism.