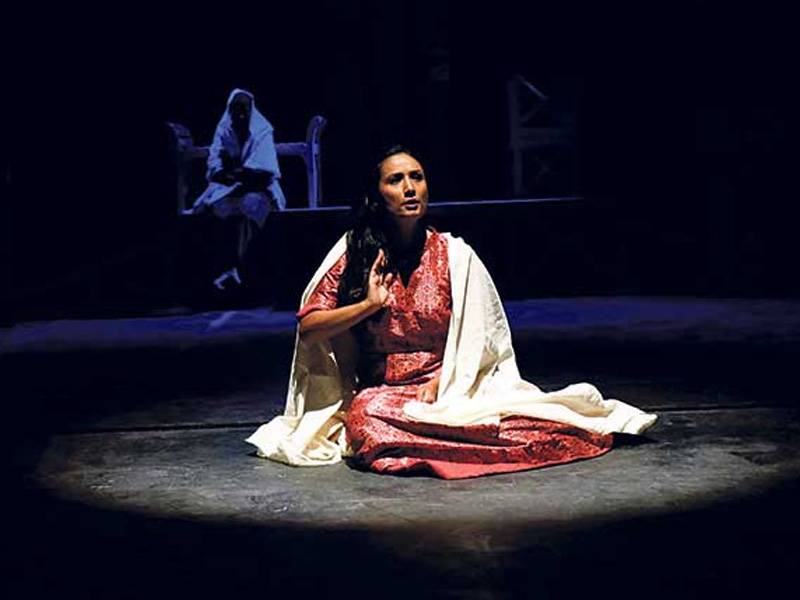 Nepali theater is a treat to lovers of theater-play, as it not only presents Nepal’s culture but also shows its amalgamation with modernization.

Speaking on similar lines is a play running at Battisputali’s Shilpee Theater since November 23, 2018.

The play opens with the scene of an amateur theater group’s rehearsal, where actor Kumar is directing an Indian classical drama ‘Abhigyan Shakuntalam’ with unusual characters.

In a press statement by theater group Actor Studio, the story progresses to showcase the group’s hunt for an actress.

Character Kanak enters the scene to end Kumar and his group’s quest for an actress. As Kanak and Kumar begin to enact play characters Dushyanta and Shakuntala, they relive their love story in real.

Things take a strange turn when real-life Shakuntala, Kanak becomes pregnant. But as Dushyanta finds the lost ring in time to reunite with his muse, will Kumar find a fitting ring for Kanak?

Book a ticket and grab a seat to watch this mystical play unfold!

“I hope to see Suraj as a good director through this drama,” says Actors Studio’s Artistic Director Anup Baral.

Baral hopes that this engaging drama will add a unique flavor in Nepali theater aura and wished the team luck for the play.