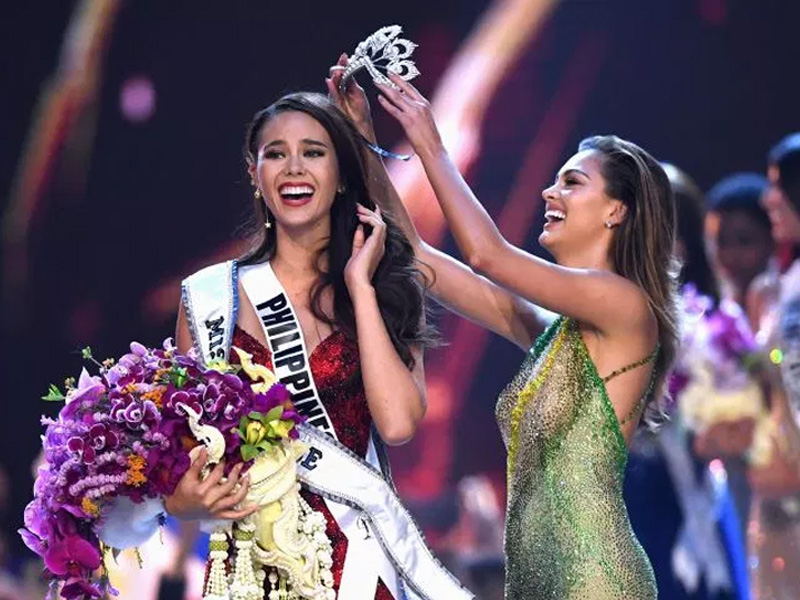 The 24-year old Miss Philippines Catriona Gray was crowned Miss Universe 2018 on December 17, 2018 amidst much rejoicing!

The final round of the 67th Miss Universe competition held in Bangkok announced Gray as winner out of 93 contestants.

Gray was her sparkling self in a beautiful glittering red grown when she received the prestigious crown. She explained that the gown was inspired by a volcano in the Philippines, iconic Mayon Volcano.

An elated Gray stood both smiling, surprised and teary-eyed as Miss Universe 2017 South Africa’s Demi-Leigh-Nel-Peters placed the studded-crown over her head.

Celebrations in Philippines’ Oas town, which is Gray’s mother’s hometown were held on a grand scale and the Office of Philippine President Rodrigo Duterte congratulated Gray on her achievement.

“Ms. Gray truly made the entire Philippines proud when she sashayed on the global stage and showcased the genuine qualities defining a Filipina beauty: confidence, grace, intelligence and strength in the face of tough challenges. In her success, Miss Philippines has shown to the world that women in our country have the ability to turn dreams into reality through passion, diligence, determination and hard work,” he said in a statement from the Presidential Palace.

Gray is the fourth Filipina women to be named Miss Universe. Beauty pageants are popular attractions in the Philippines.

Touching upon a sensitive issue back in her town, the newly-crowned Miss Universe was asked about legalizing Marijuana. And Gray gave a smart reply stating, “I’m for it being used for medical use, but not so for recreational use. Because I think if people will argue, then what about alcohol and cigarettes? Everything is good but in moderation.”

The beauty pageant was judged by seven women including former pageant winners, businesswomen and a fashion designer. 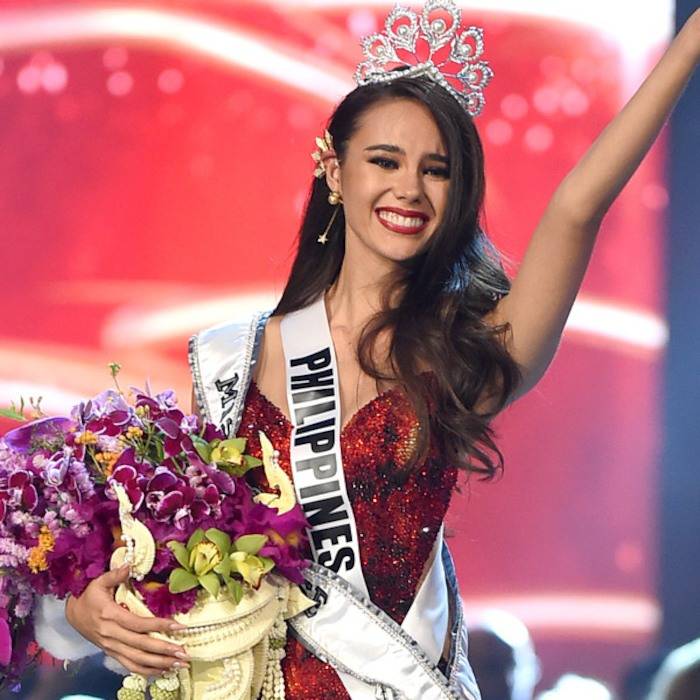 Catriona Gray is born to a Filipina mother and Australian father. She was raised in Cairns, Australia, and studied at the Berklee College of Music in Boston in the United States.

One of her significant moments at the pageant was her ‘national costume’, which was inspired by the Goddess Avalokitesvara – the deity who guards the universe between the departure and return of the great Gautham Buddha. 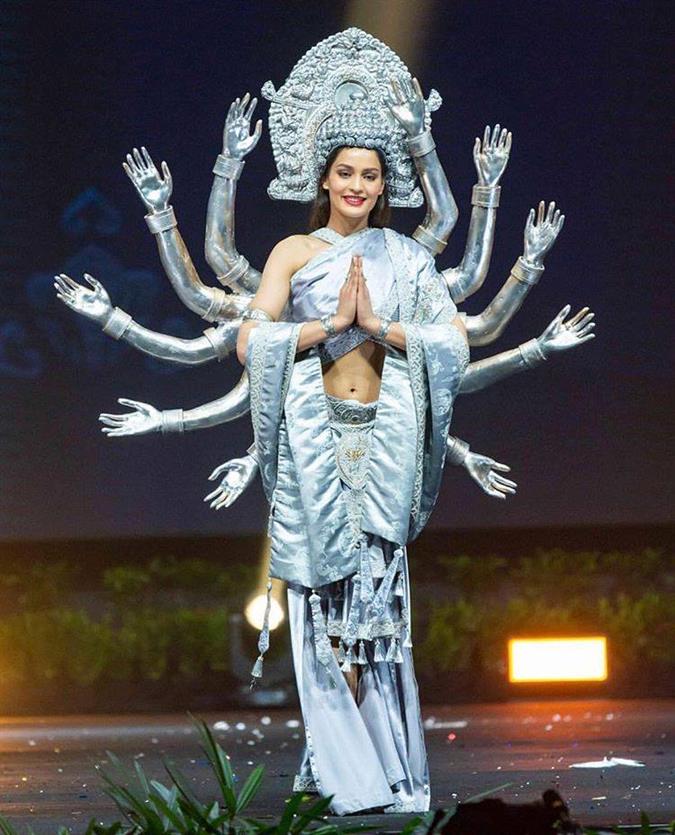 During the ‘evening gown competition’, she looked gorgeous in a white and orange asymmetrical ombre gown. However, the situation turned ugly for the beauty queen, when she stumbled towards the end of the runway.

Devkota was quick to regain her composure, but spectators on social media attribute her exit from Top 5 owing to this unfortunate incident.

23-year old Manita Devkota was born in Gorkha district and moved to USA when she was eight. She has a graduate degree in Public Health and supports two causes.

She works with organizations Days for Girls Nepal and She’s the First Foundation. While the former works to empower girls and women in terms of menstrual health challenges, the later aims to fight gender equality against children. Recently, the Miss World 2018 contest also concluded with Miss Mexico Vanessa Ponce De Leon winning the title. Nepal was among the final 12 contestants.

The future of Nepal in international beauty pageants look promising with these Nepal representatives’ close endeavors to the prestigious crowns.