Some students have fractured limbs or both arms, while some others have bruises on their body, arms and faces
Education
News 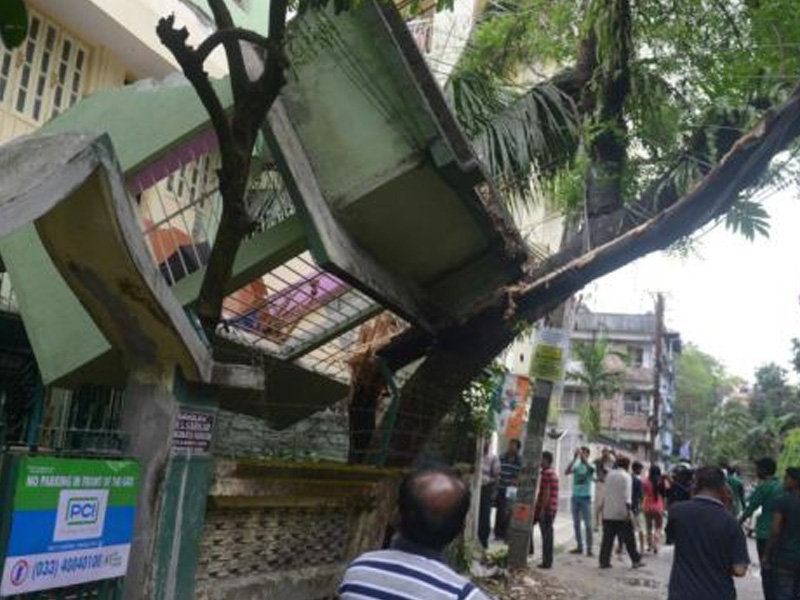 Panic struck Kathmandu’s Tarakeshwar municipality, when 42 children were injured after a balcony at the Bidya Kunja Boarding School collapsed on October 23, 2019.

The concrete structure collapsed while a group of students between Class I-VI were standing on the balcony to witness an upcoming football match.

The balcony which was 9 feet from ground level had collapsed under the weight of the students.

“Children were watching a football match when the balcony caved in this afternoon. The balcony, which was around nine feet above the ground, was constructed only last year,” said Navin Dangol, Bidya Kunja Boarding School Founder.

The children between 6-12 years were rushed to the Basundhara hospital in the Tarakeshwar, where 39 out of the 42 students received first and were discharged and one was critically injured.

“One of the injured students is said to be critical. Blood has accumulated between her skull and membrane covering her brain. She has already undergone surgery,” said Manish Dawadi, Senior Hospital Manager, Green City Hospital.

Some students have fractured limbs or both arms, while some others have bruises on their body, arms and faces.

“Students who were discharged from the hospital have been told to report for a follow-up tomorrow,” said Dawadi. 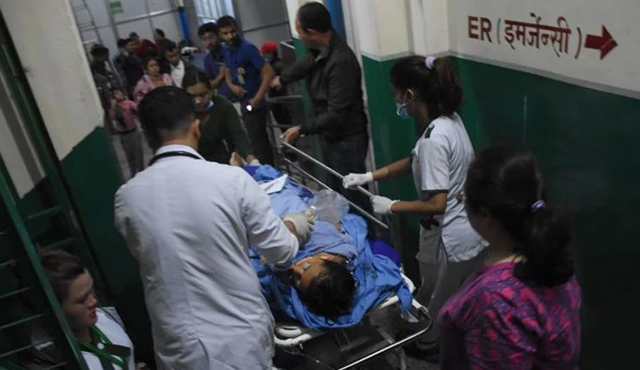 Several concerned authorities raised their concerns on the issue and held the school authorities responsible for what happened.

“Safety of school students was compromised. Students deserve complete protection in schools. This is a case of utter negligence on the part of school authorities. School principal should be immediately arrested,” said Jyoti Baniya, Protection of Consumer Rights-Nepal Forum Chairperson.

“Structure of school buildings should meet Comprehensive School Safety guidelines. However, there are schools whose buildings have been constructed flouting engineering design principles. To avoid such disasters such schools should be told to ensure that structure of school buildings comply with engineering principles. Safety of students is paramount,” said Deepak Sharma, Joint Secretary, Ministry of Education, Science and Technology.

Students who were discharged were asked to report back on the following day for another check-up.