The coronavirus pandemic continues to disrupt economic activities, construction projects, and other businesses in Nepal and other global countries.

The Gautam Buddha International Airport project is the major construction project in the country that has been pushed into uncertainty by the ongoing crisis.

Even though 90% of the construction works were completed, the much-talked and much-awaited second international airport project in Bhairahawa has been pushed further behind schedule.

Initially, the airport, featuring a 3,000 meter-long and 45 meter-wide runway, was scheduled to be ready by December 2017. However, the completion deadline was pushed several times due to multiple hurdles.

The latest deadline for the project was set for December 2020, which is highly unlikely to reach considering the current situation.

The project’s second package, installation of communication, navigation and surveillance, air traffic management, and meteorological equipment, has been hindered due to the unavailability of technicians due to the COVID-19 crisis.

The Aeronautical Radio of Thailand (AEROTHAI), which won the tender for the second package of the airport project, informed the Civil Aviation Authority of Nepal (CAAN) to wait until the pandemic is under control as it is too risky for them to send their technicians to Nepal at the moment.

The CAAN officials said that the airport project might take at least five months to complete, including three months for equipment installation and two months for testing and commissioning, flight calibration of navigation and communication systems. 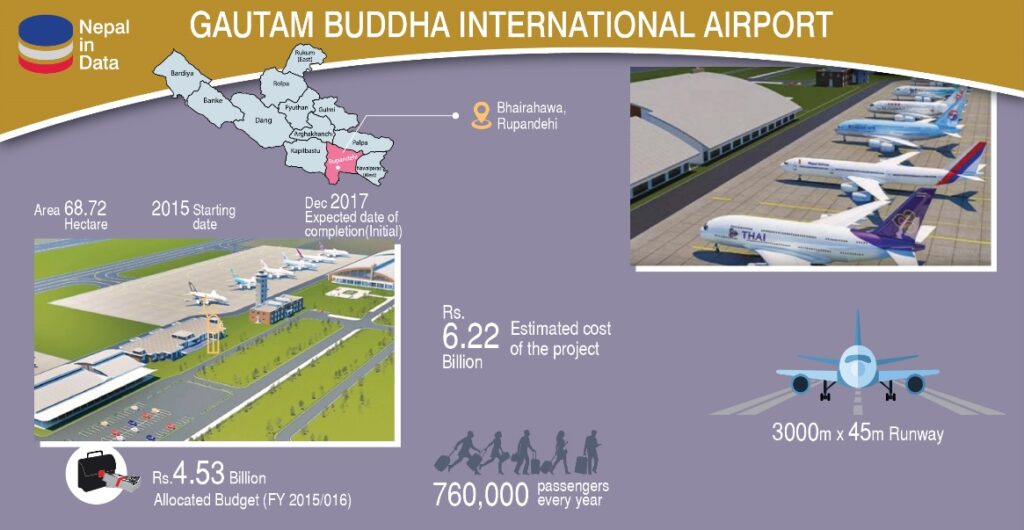 They exclaim that the Pokhara International Airport will come into operation before the Gautam Buddha Airport If the technicians fail to come by the end of this year of early January.

The International Airport in Pokhara is set to be completed by July 10, 2021.