To meet the expected rate, the government is targeting a current growth rate of 4.5 percent
Business
News

Crop output is key influencer for Nepal’s economic growth. The monsoon arrives early this year to bring good cheer and a promise of a summer crop surplus in the country.

This a good omen for Oli-led Nepal Government that envisages an 8 percent economic growth rate for the coming Fiscal Year 2018-19 (beginning mid-July). Also, this comes as a much-required push for Nepal whose three-trillion economy is very much dependent on the agricultural sector’s 27.6 percent contribution. To meet the expected rate, the government is targeting a current growth rate of 4.5 percent.

What Economists Have to Say?

Economists say, a good monsoon-start tremendously benefits farm output. This is because 55 percent of Nepal’s 3.09 million hectare is arable and is highly dependent on rainfall. It can be also key in arresting inflation, which is currently worrying the Nepal Government and threatening the country at large.

Further, bumper harvest tackles inflation in a way that it creates avenue for supply.

“This year, despite poor capital spending, regular supply of electricity and good industrial relation, helped the country to achieve 6 percent of growth,” he adds. 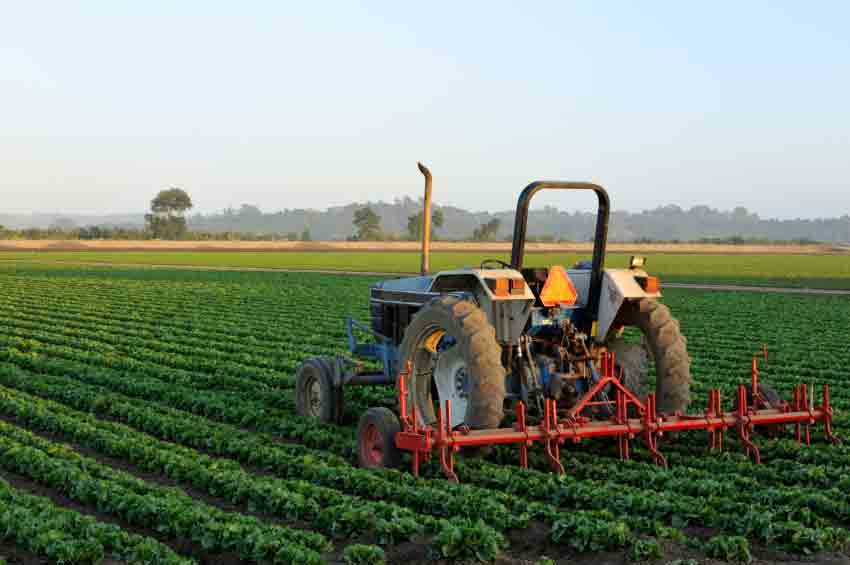 According to Acharya, the agricultural sector growth or productivity is a highly-influencing factor.

For example, if the agricultural production increases, it will automatically lead to productivity in the non-agricultural sectors such as industries, tourism, education, hotels, hospitals and retail.

“The increase in agriculture production means farmers’ income will also increase and they will spend more,” says Acharya.

Following which he added that a small growth in agricultural sector can create a ripple effect on other sectors.

As per the statement of the 12th session of the South Asian Climate Outlook Forum (SASCOF) released on April 20, 2018, ”Nepal is expected to witness a ‘normal’ monsoon this year.”

“There is a very slim chance of a deficient monsoon this year and based on the forecast, we can expect Nepal’s agriculture sector to get a big boost,” says Rishi Ram Sharma, Director General, Hydrology and Meteorology Department.

Speaking further he adds, “Monsoon has entered Nepal from the eastern part of the country. It is expected to cover the entire country within few days. This is the first time in last 10 years that monsoon has arrived two days before of its schedule.” 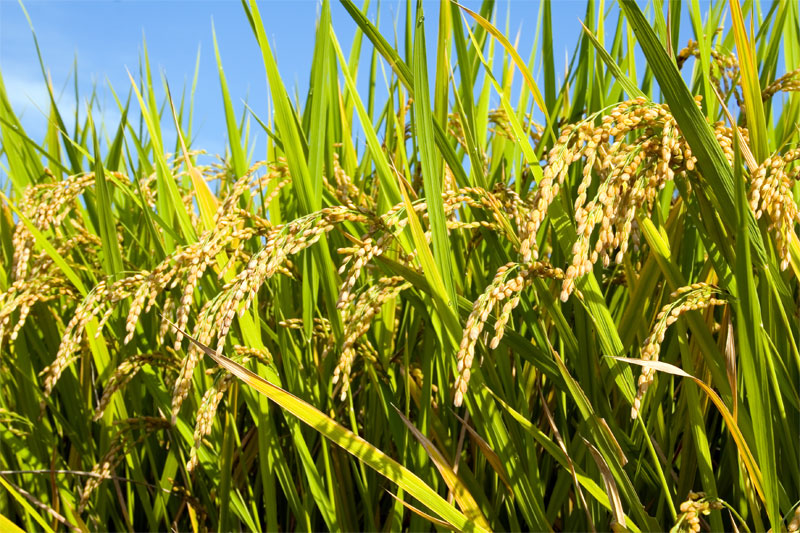 In the last fiscal year, Nepal’s paddy harvest saw an all-time high of 5.23 million tons after the country received above-normal monsoon. The paddy production last year accelerated the agricultural sector’s growth rate by 5.43 percent leading to a higher economic growth rate of 6.9 percent in the past 23 years.

Meanwhile, Chitwan District in Province 3 of Nepal is facing crisis over the wipe out of almost 321 varieties of rice except the ‘Anadi’. The district that boasted of a wide variety of rice until three decades ago is now having to depend on hybrid varieties.

According to the Nepal Agricultural Research Council (NARC), the increasing usage of hybrid and Genetically-Modified (GM) rice varieties has beaten the usage of traditional varieties. And, the former scenario is increasingly visible in the Tarai region to hilly areas.

Currently, NARC is conducting research and studying new methods of developing high-yielding varieties of the rice crop that are resistant to climate change and diseases through the usage of traditional variety seeds. 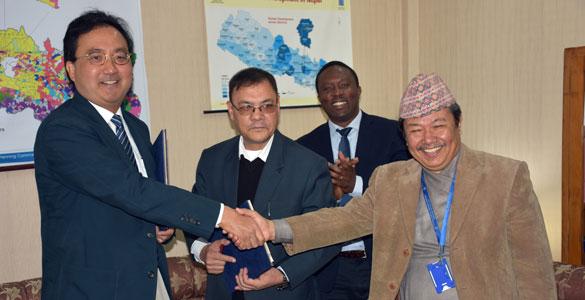 Recently, the International Fund for Agricultural Development (IFAD) and Nepal have come to an understanding to significantly boost incomes and food and nutrition security for 35,000 rural farming households in 10 districts of State 6.

The MoU was signed by Gilbert F Houngbo, President of IFAD and Sreekrishna Nepal, Joint Secretary, Ministry of Finance, Nepal.

With a duration of six years and a budget of USD 68.1 million; inclusive of a USD 38.3 million loan and a USD 1.8 million grant, this initiative will be co-funded by the Swiss Agency for Development and Cooperation (SADC) and the Government of Nepal with a funding of USD 3 million and USD 11.5 million, respectively.

The program will be started in Dailekh, Humla, Jumla, Mugu, Dolpa, Jajarkot, Kalikot, Salyan, Rukum and Surket districts of State 6.