Indonesia is currently on high alert amid the tsunami that hit the nation on Dec 22, 2018
News
World

It’s exactly 14 years for the world’s horrifying incident that shook the Indian Ocean and the associated nations.

Yes, we are speaking about the 2004 Sumatra tragedy or 2004 Indian Ocean tsunami, where the earthquake with a 9.1 magnitude had hit the coast of Sumatra, Indonesia. The incident took away lives of more than 227,000 people, reported dead or missing or presumed dead.

14 years have passed! But the ‘tsunami fear’ continues to haunt Indonesians even today, as evident in the most-recent tsunami tragedy on December 22, 2018, that claimed hundreds of lives, injuring thousands and leaving tens of thousands displaced.

The disaster claimed more than 400 lives so far, with around 1500 cases found severely injured and more than 15,000 displaced across villages on the Javan and Sumatran coasts, while dozens are still missing.

“Most survivors have been huddling in temporary shelters away from the shore, but have started to emerge to search for loved ones and assess damage to their property. Our teams are seeing many broken bones and broken homes, and people who are very shaken. Indonesians have withstood a string of disasters this year and with them, so much loss and misery,” says Arifin M. Hadi, head of disaster management at the Indonesian Red Cross.

Prior to the latest one, the country also suffered a severe tsunami in September 2018, which reported more than 2,000 casualties after a tsunami and earthquake hit western Sulawesi.

The country also saw a series of earthquakes in July and August months, in the northern Lombok region, witnessing the deaths of more than 400 people.

The tsunami on December 22, 2018 ,was the result of volcanic eruption that swept-off 158-acre chunk of Anak Krakatau into the ocean.

According to the reports, the volcanic eruption arrived at high tide during a full moon, with the Sunda Strait between Java and Sumatra witnessing a spell of heavy rainfall.

“This (tsunami) is caused by several factors. Our censors did not sound early warning because they are for tectonic activity not volcanic activity. That’s why we are in coordination with other agencies such as the maritime and geology agencies,” says BMKG chief Dwikorita Karnawati.

“We have developed a monitoring system focused specifically on the volcanic tremors at Anak Krakatau so that we can issue early warnings,” adds Dwikorita.

As the reports say, the disaster could continue or re-appear causing more damage. In this regard, the Indonesia Government cautioned its citizens of high alert asking everyone to remain alert as long as the volcano remains active. 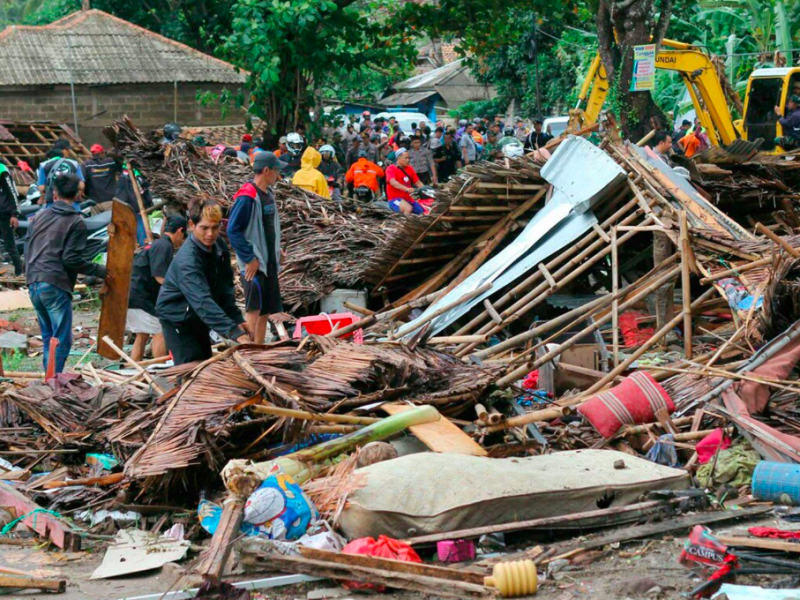 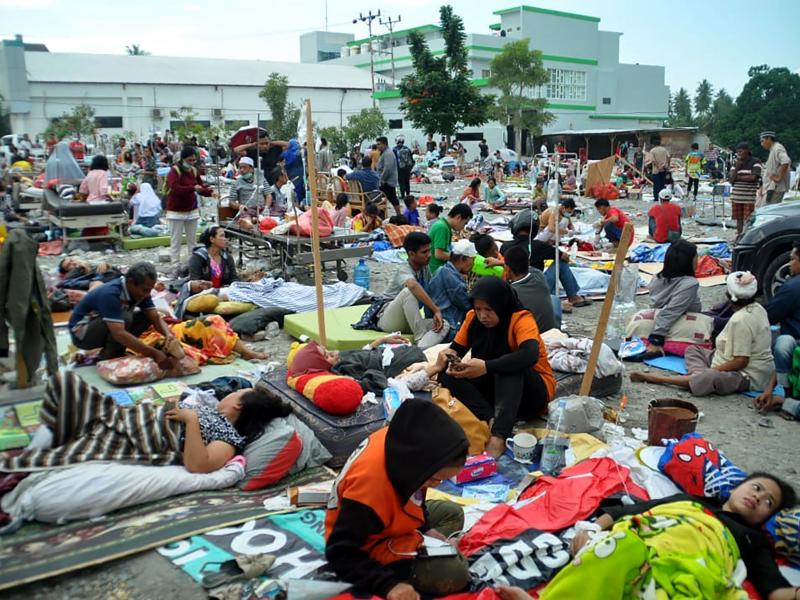