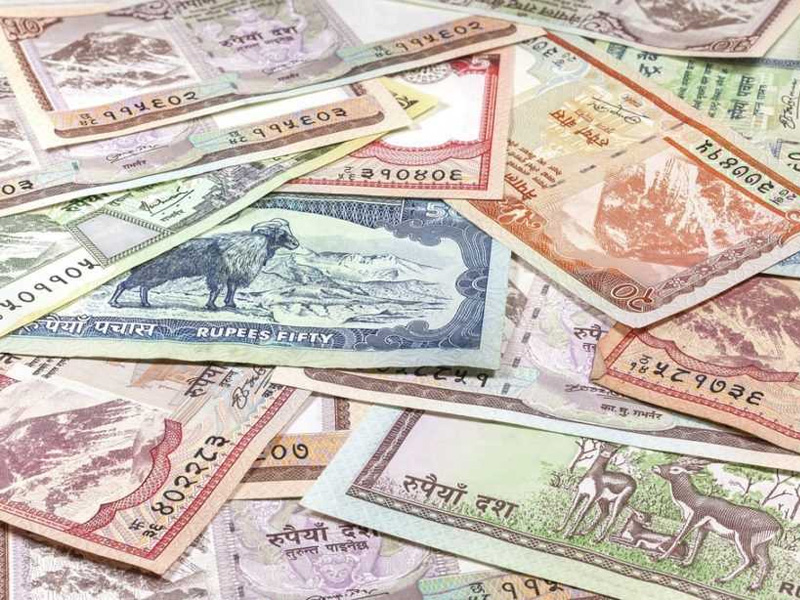 In another update concerning economy, Nepal saw a deep decline in its foreign exchange to a 32-month low.

This situation prevails despite a decent rise in remittance incomes and facilitation of foreign exchange requirements for Nepalis visiting overseas following the balance of payments crisis.

As per latest reports of the Nepal Rastra Bank (NRB), the country’s foreign exchange reserves stand at USD 9.4 billion as of November 2018, similar to March 2016.

This fall in forex reserves has been continuing since July 2018 due to rise in imports.

According to the Central Bank, the current reserves are sufficient to deal with prospective merchandise imports of 9.2 months and merchandise & services imports of 7.9 months.

Outflow of reserves exceeded the inflows to the Central Bank during the first four months of the fiscal, NRB added.

The outflow surpassed inflows by NPR 57.3 billion during the period, resulting in a balance of payments deficit of Rs 57.3 billion between mid-July and mid-November. 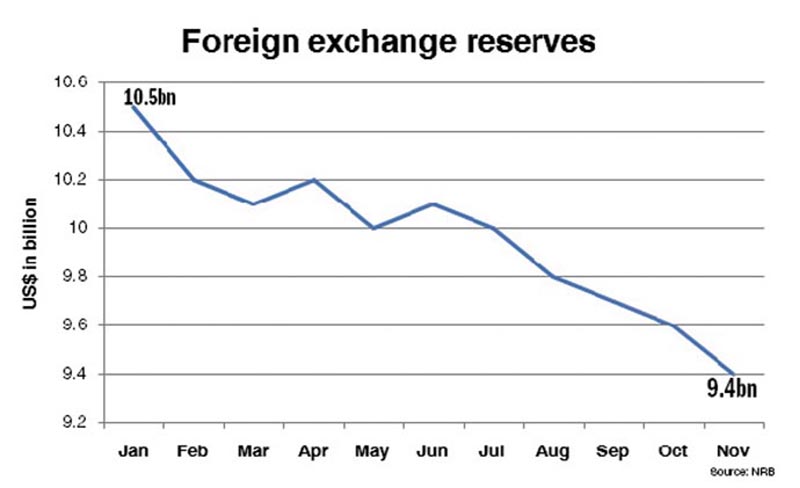 This situation was observed despite 36.4 percent rise in remittance inflows (around NPR 312.3 billion), which got affected by a 35.8 percent rise in imports during the period.

Major concern here was the mismatch in trade during the period. While imports saw an 18.1 percent high, year-on-year, exports grew by a modest 11 per cent to NPR 29.3 billion. This eventually widened the country’s trade deficit by 37.8 per cent.

On the other side, while Nepalis spent NPR 34.9 billion overseas, the country received only NPR 25.1 billion in earnings from foreign visitors.

Foreign Direct Investment is another important factor that fell from 51.3 per cent to Rs 4.9 billion in the first four months of current fiscal, contributing to overall forex decline.