250 climbers began their journey to the world’s highest peak on the night of May 21, 2019
News
Tourism
World 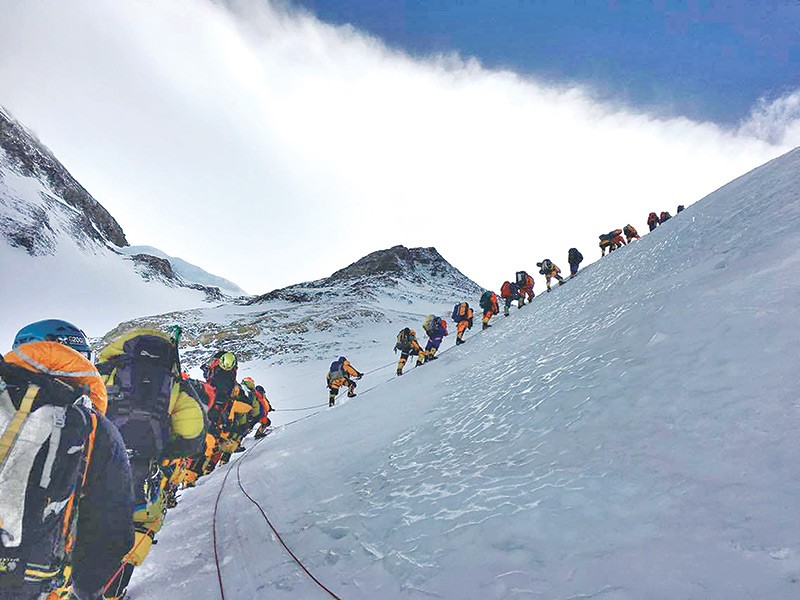 In the rarest of all records, over 200 mountaineers climbed Mount Everest on May 22, 2019. This expedition marks a new record of the highest number of climbers to stand on top of the world in a single day.

250 climbers began their journey to the world’s highest peak on the night of May 21, 2019 from Camp IV located at 7,900 meters. With just a week to go before the spring climbing season closes, the mountaineers were eager to complete their climb by the morning of May 22, 2019.

Moreover, the climbers were supported by a favorable weather condition that lasted throughout the duration of the climb. The 24 hours between both days were considered to be the longest-ever single-day weather window in history and was declared a marathon climb.

“As the weather was favorable all day, the expedition was never-ending. The climb may have ended at 3:00 pm,” said Shrestha.

Not all 250 climbers were successful with their climb but more than 200 individuals scaled the Everest.

“Details of all the successful climbers have yet to arrive, but based on our inquiries of various expeditions, more than 200 climbers have made it to the top,” said Gyanendra Shrestha, the Everest Base Camp Government Liaison Officer. 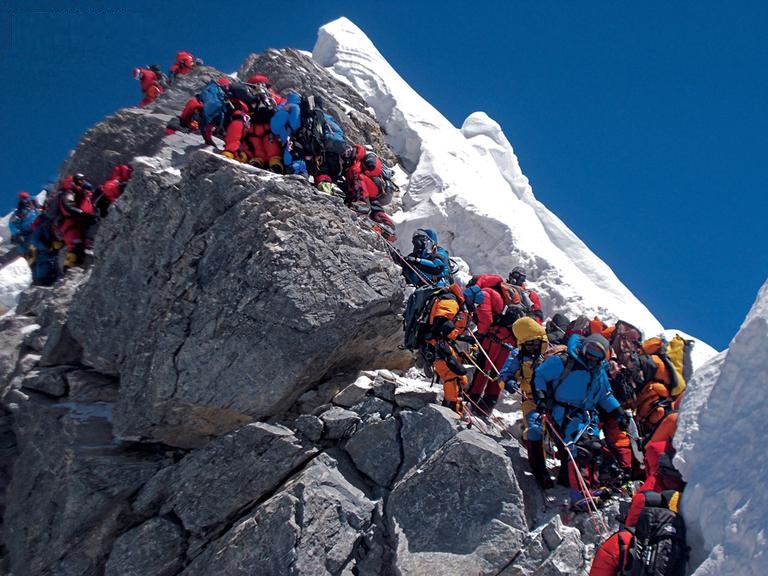 Shrestha reported that many climbers who reached the South Summit on Wednesday morning complained of waiting for over two hours in queues to climb the peak.

Heavy traffic results in risky conditions for climbers, especially when the weather takes an unexpected turn. They can also be dangerous because mountaineers are exposed to thin air and many fall short of oxygen in their final stage of the climb.

This year, the Everest climbing season began with a team of eight rope-fixing, high-altitude climbers on May 14, 2019. The first climbing window closed on May 16, 2019 after 150 climbers summited Everest. 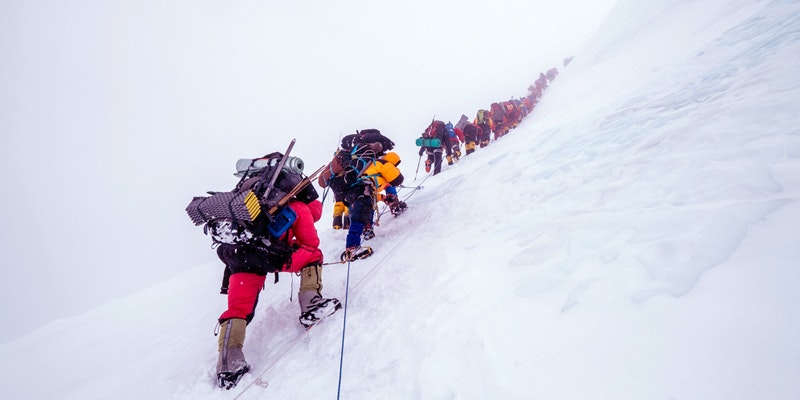 Close to 400 climbers have reached Everest’s summit as of Wednesday ever since the climbing season began.