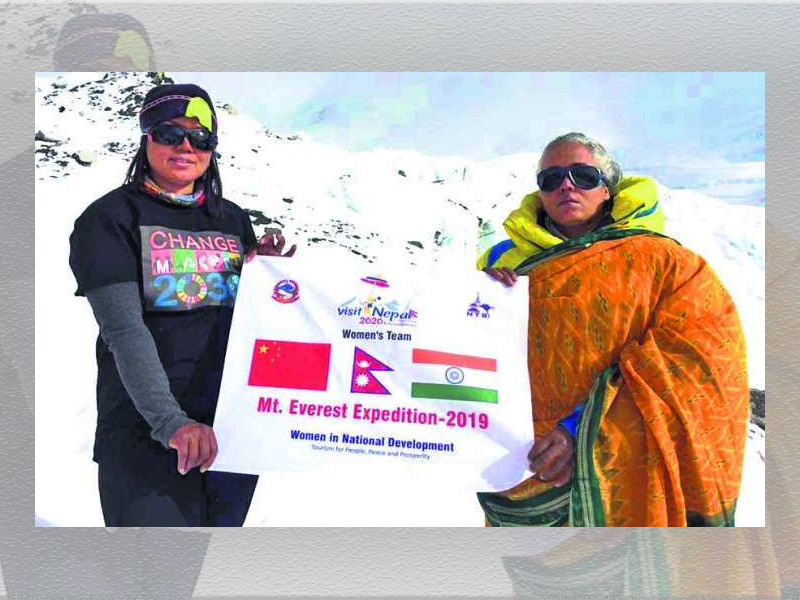 Nepali women are recognized around the world for their persona, courage and strength. Adding to this recognition is Nepal’s Kanchhi Maya Tamang.

Tamang along with Kalpana Dash from India and Liyamu Ma from China successfully completed her quest to Mount Everest, creating a first of its kind record in Everest expeditions.

The trio had set out to conquer the world’s tallest mountain this spring climbing season with the aim to empower women in the region and spread the message of universal peace and friendship. 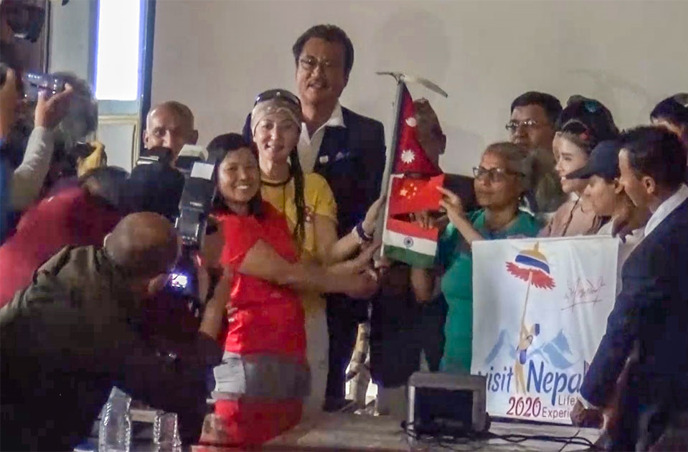 Renowned mountaineer and 6 Guinness world records holder Pemba Dorje Sherpa guided the climber-trio on their expedition. Sherpa was also Goodwill Ambassador of Nepal Tourism Year 2011 and has led 18 trips successfully in the past.

The climbing team was supported by Visit Nepal Year 2020 campaign. They hoisted the #VNY2020 flag with PM KP Oli’s signature at the summit of Everest. 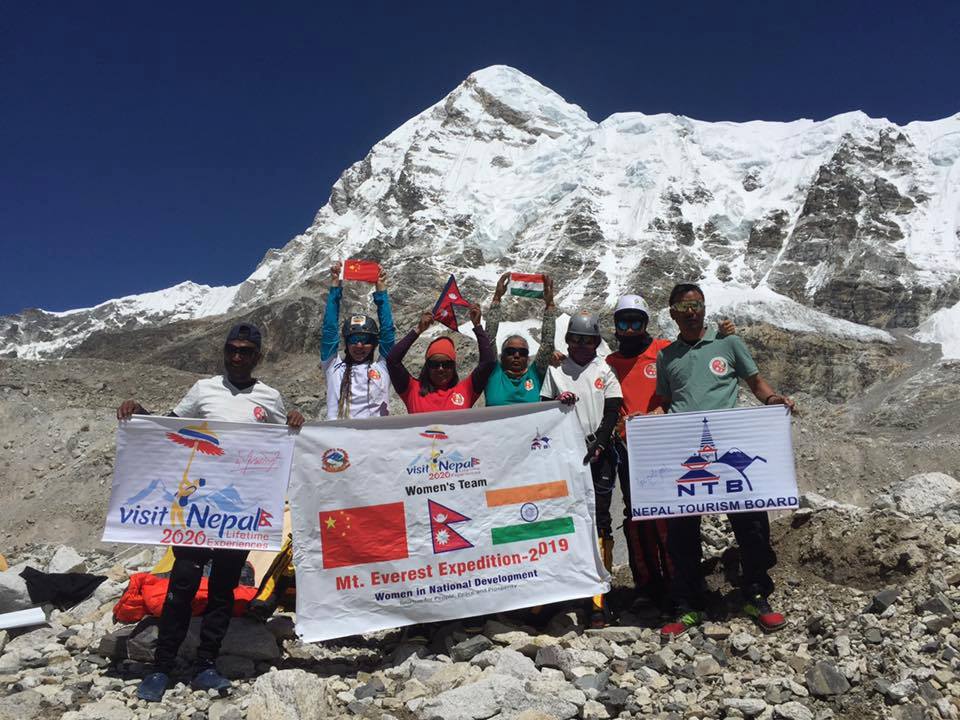 Tamang is the first lady from her ethnicity to successfully climb Mount Everest.

On the other hand, Dash is a qualified climber with experience in climbing the peaks of her native India, Australia, Europe, Nepal and South America. This is her second expedition to Everest after her maiden climb as a leader in 2008.

Liyamu has a record of leading and climbing Nepal’s prominent mountains, which includes Everest, Lobuche, Manaslu and Mustakata. She is a member of the Crazy Mountain Expedition -China.

“This type of expedition has been organized for the first time in the history of Everest Expedition,” said expedition organizers Dreamers Destination Treks and Expedition Pvt Ltd

Besides Tamang, Nepal’s Lhakpa Sherpa has also scaled Mount Everest nine times with the moto of ‘women empowerment’. Sherpa wanted to prove to the world that women can achieve great things too.

Since spring season is the best time for mountain climbing in Nepal, a lot of people from around the world are attempting to climb Nepal’s mammoth mountains this year. So far, the country’s Tourism Department has collected NPR 450 million in royalty, which increased from NPR 412.88 million in 2018.

Sadly, 49-year Kalpana Dash lost her life on her way back from Mt. Everest during noon on May 23, 2019. She collapsed above the balcony area on Mt. Everest. With her death, the death toll for those climbing different Nepali mountains above 8,000 M reached 14 in this spring climbing season. 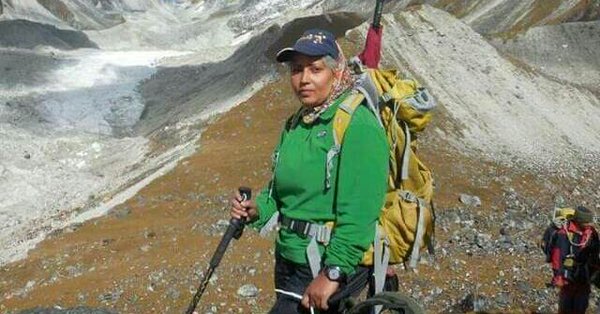 “Dash, who fell ill on the descent died near the balcony area,” said Meera Acharya, Director at the Department of Tourism.

Dash hails from Indian state Odisha and has scaled several countries mountains across the world.