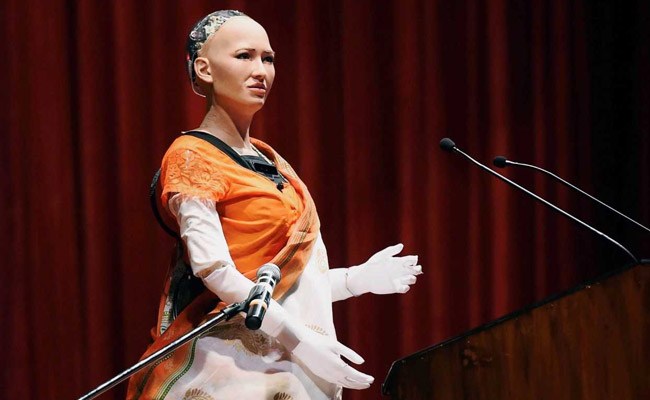 In an exciting news for the global scientific community and Nepalis in specific, Nepal is all set to host the world’s first-ever humanoid robot Sophia.

Yes, you read it right. Sophia, the world’s first humanoid robot considered as a citizen of the Kingdom of Saudi Arabia will be in Nepal on March 21, 2018 to contribute to the country’s global image as ‘Techsavvy Nepal’.

Sophia is coming to the country as part of the United Nations Development Programme (UNDP) conference on ‘Technology for Public Services/Development’.

It will be surprising to add that Sophia is going to be the keynote speaker at the conference!

“As part of our efforts to facilitate discussions on how technology and innovation could contribute to better governance, and towards achieving the Sustainable Development Goals, UNDP is organizing the conference where Sophia will take part,” UNDP said in a statement.

Sophia is a humanoid robot that is built and run on artificial intelligence.

Termed as the artificial intelligence move heralding the fourth industrial revolution, this humanoid robot is being considered as a next-generation technology solution that will bring-in a technology revolution towards development.

This two-and-a-half-year-old humanoid robot uses voice and face recognition technology along with artificial intelligence to communicate with humans.

The UNDP conference is aimed at promoting ways to drive innovation and technology implementation for development in Nepal.

Officials from all levels of central, provincial and local governments, media, private players, academia, youth, civil society members, among others will take part in this conference, wherein, they will share their experiences, fresh ideas and lessons on the role of technology in achieving development.

Beginning with Sophia’s address, the conference will move on to witness various presentations by innovators and experts on democratic governance, resilience and inclusive economic growth.