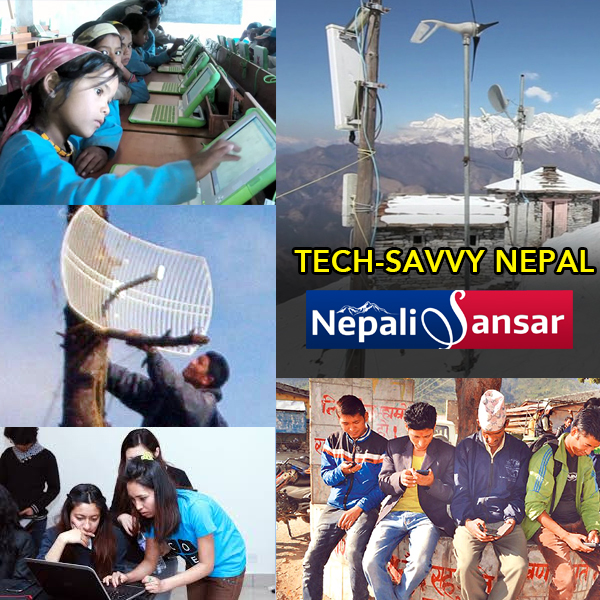 Nepal is one of the most-happening countries in the fast-growing world. Fighting odds, the country has come a long way to stay in line with the competitive world and is seriously heading towards a transformative edge.

Here is an interesting coverage that takes you through the country’s range of advancements in the recent times and in fact, introduces a new Tech-savvy Nepal!

Internet revolution has brought in a lot of transformation across the world and Nepal is no exception in catching up the trend. Driven by mobile and technology revolution, the number of internet users in the country is on a growth trajectory and progressing at a pace to make Nepal a tech-savvy country.

Trend Over the Years

A Nepal Telecommunication Authority (NTA) report, released in October 2017, positions the total number of internet users in Nepal at 16.67 million as of 2017, nearly 63% of the country’s overall population.

Surprisingly, 2017 alone saw the addition of 2.25 million new users with more than 250 users joining the internet community every hour, which is a staggering 15.60 percent rise year-on-year. 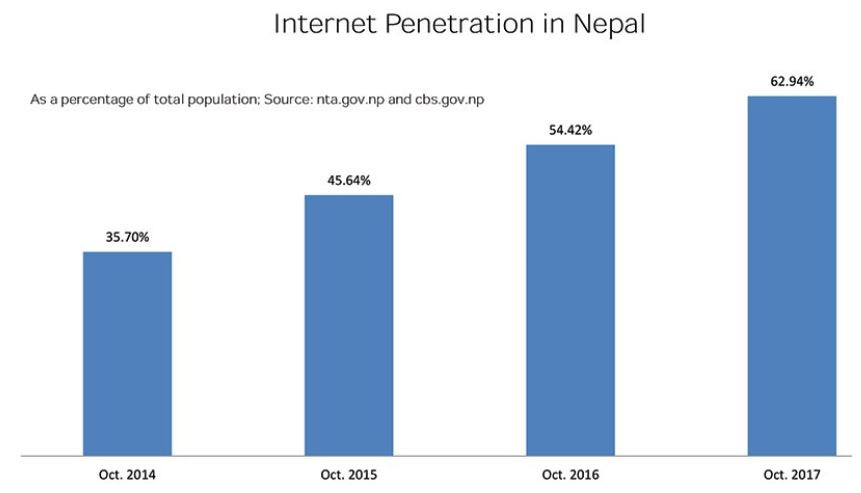 According to NTA, around 95.62 percent of Nepali population are living in the accessible range of mobile towers.

What Drove the Demand?

According to the local service providers, the number of internet users in Nepal has been growing gradually over the years, majorly driven by mobile revolution.

The providers attribute this mobile usage trend to the gradual adoption of social media channels such as Facebook and Twitter, and mobile chat applications like Viber, WhatsApp, among others by Nepali youth and other sections of the society. 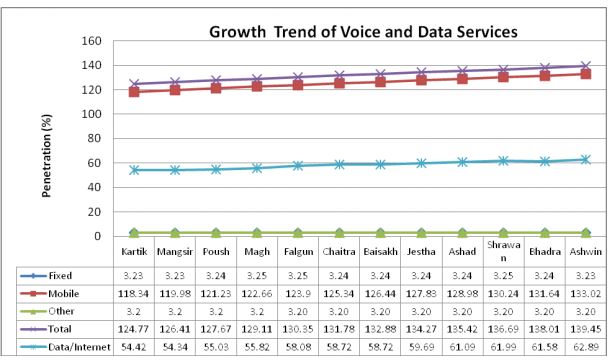 International voice and video calling are also among the key catching-up trends in Nepal.

“The launch of 4G service also helped increase the number of new internet users last year,” says Purushottam Khanal, Senior Director at NTA. Khanal feels that the growth can reach new heights if the network connectivity reaches its full potential across all parts of the country that lag communication infrastructure.

The emergence of a wide variety of start-up companies is also contributing to the rise in internet user-base.

With 2G and 3G services existing since long, 4G services came into effect since 2017 with major providers offering the same across various cities of the country. So far, Ncell stands top in 4G services catering to users across 21 cities across the country.

Out of the country’s wide range of network service providers, the state-owned Nepal Telecom (NT) is leading the race with the largest customer base of 8.66 million users for mobile-based internet services on a variety of technology platforms such as GPRS, EDGE and WCDMA.

Apart from telecom providers, at least 23 Internet Service Providers (ISPs) are also offering internet services through cable and fiber networks, catering to 322,433 user-base i.e., around 1.93 percent of the total internet users of the country.

Owing to their unlimited options, the adoption of cable networks is largely observed across offices in the country.

It was way back in 1993 that Nepali society saw internet services which eventually drew a wide attention across all walks of life in the country.

Further, the country started witnessing the emergence of cyber cafes and further smart phone evolution that expanded internet services in Nepal to the next level, making them integral part of life.

Expansion of services and growing demand gave needed boost and made internet services, technology and related products affordable to the Nepali society.

As a connectivity expansion move, NT had also announced setting up of 500 Wi-Fi hotspots in 2010  across major cities including Kathmandu.

However, there are also concerns with regard to poor connectivity across rural areas of the country and there do exists a debate that internet services in Nepal remain urban-centric.

“The scenario of internet penetration throughout the country is grim. Every household should have internet connectivity in order to achieve tangible development goals, which is the last-mile technology,” says Binay Bohra, President of Internet Service Providers Association of Nepal (ISPAN).