Nepal is on course for securing its status as a full-fledged One Day International (ODI) playing nation.
News
Sports 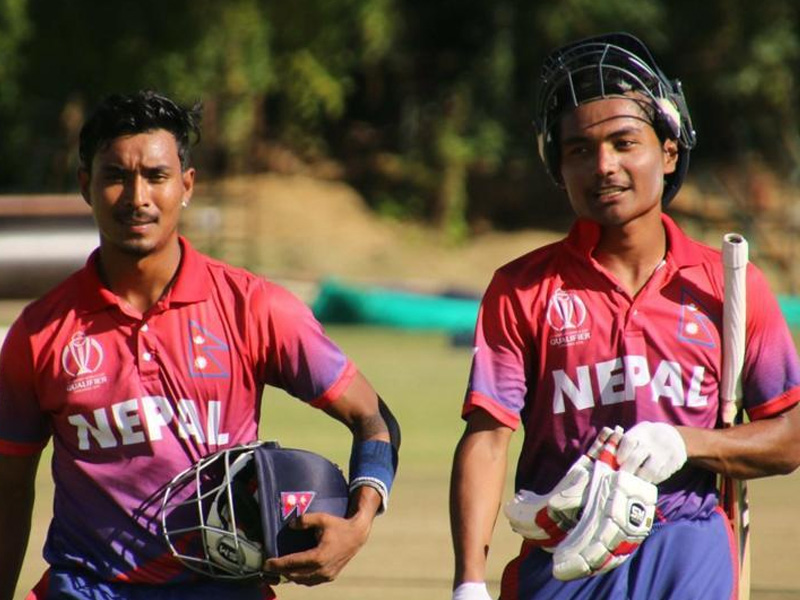 The Nepali cricket team defeated Hong Kong in a keenly-fought encounter between the two sides in the ICC World Cup Qualifiers match played at Bulawayo, Zimbabwe on March 12, 2018.

With this victory, the Nepali team improved its chances of qualifying to play as a full-fledged One Day International (ODI) nation.

Chasing a 154-run target, Nepal got off to a poor start and were reeling at 66-5 at one stage. However, 15-year old Rohit Paudel and all-rounder Sompal Kami went on for an unbroken partnership of 89 runs to lead Nepali team to victory.

Paudel was awarded the ‘Man of the Match’ for his unbeaten 48, which included five boundaries. Kami remained not-out with 37 runs.

Despite securing equal points with Afghanistan by virtue of the win over Hong Kong, Nepal narrowly missed out on qualifying for the Super Sixes with a slightly-lower net run-rate.

However, all is not lost for the Nepali team. It will now hope to defeat Papua New Guinea in the first match of the consolation bracket playoff and secure its ODI status.