Nepal to Face Pakistan in SAFF U-18 Opening Match

Nepal is placed alongside Bhutan, Maldives and Pakistan in Group A of the SAFF U-18 Championship
News
Sports 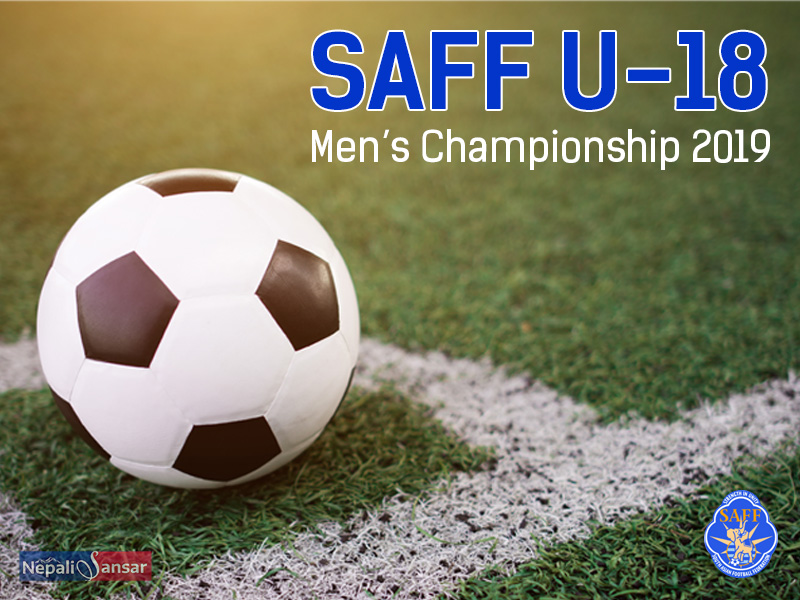 Nepal is all set to battle it off with Pakistan in its first match of the third SAFF U-18 Championship to be held in the Himalayan nation in September 2019.

In the draw conducted for the tournament at Dhaka, Bangladesh, Nepal is slotted to play against Pakistan in the tournament’s opening match on September 20, 2019.

Nepal is placed alongside Bhutan, Maldives and Pakistan in Group A of the SAFF U-18 Championship. On the other hand Group B has Bangladesh, India and Sri Lanka.

Nepal’s schedule with the rest of the teams is as follows:

This year’s championship will see Pakistan and Sri Lanka’s presence for the first time since the championship began.

“We have won the title of the second edition of the tournament. We have been practicing hard to defend our title in this edition. We have called upon 46 players for the preliminary selection. We will shorten the list to 30 on Tuesday, and two weeks after that, we will announce the 23-member list for the tournament,” said Head Coach, Chet Narayan Shrestha.

Nepal won the first edition of the SAFF U-18 Championship against India 5-4 in 2015, followed by its victory in the second edition against Bhutan in 2017.

The team’s victory matters a lot to Nepal as they are being host country for the second time in the row.