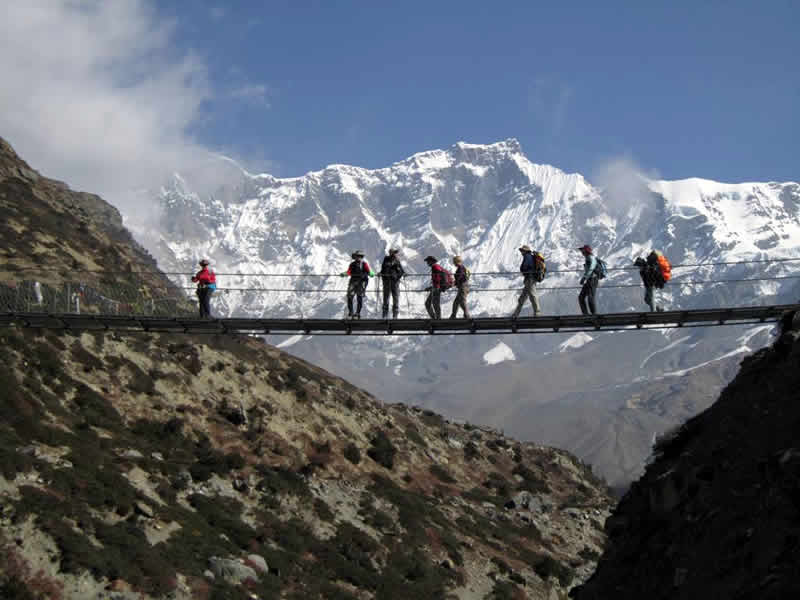 In line with the set target, Nepal tourism finally made its 2017 tourist arrivals number at 9 lakh at the end of December 2017.

Nearing the one million target set during the Nepal Tourism Year 2011 campaign, the country’s industry saw 940,218 tourists in 2017, informed the Department of Immigration (DoI) recently.

According to Poudel, the number of unregistered Indian tourists entering through border points is very high.

Despite missing of the target, the latest arrival figures have offered needed boost to Nepali tourism industry and its entrepreneurs.

Elated at the rise in tourism figures, the President of the Hotel Association Nepal (HAN) Amar Man Shakya said, “We could not bring tourists as much as we have expected. But tourist numbers have increased significantly compared to last year. It is a positive thing,” says Amar Shakya.

According to Shakya, the rise in tourist arrivals could not add to the occupancy of hotel rooms.

“Hotel occupancy was around 65 percent only during September to November. We need more tourists to fill our rooms,” Shakya adds.

Meanwhile, Santabir Lama, President of Nepal Mountaineering Association (NMA) said, “We should not be disappointed because of our failure to meet the target of one million tourists. We were very near to the target. Hence, I consider the year 2017 as a successful year for Nepali tourism industry.”

Lama opined that the new government, as a result of parliamentary and provincial elections, would further boost the development of Nepali tourism sector.

Though Nepal saw a record number of 796,946 tourist arrivals in 2012, the country’s tourism industry suffered a major jolt because of the 2015 earthquake and again recovered in 2016 reaching 729,550 arrivals as a result of tourism promotional activities like Nepal Tourism Year 2011 campaign, among others.

8 Lakh Arrivals Via Air!
Though the bordering tourists from neighboring countries like India travel to Nepal via land route, majority of tourists to the country prefer air travel. 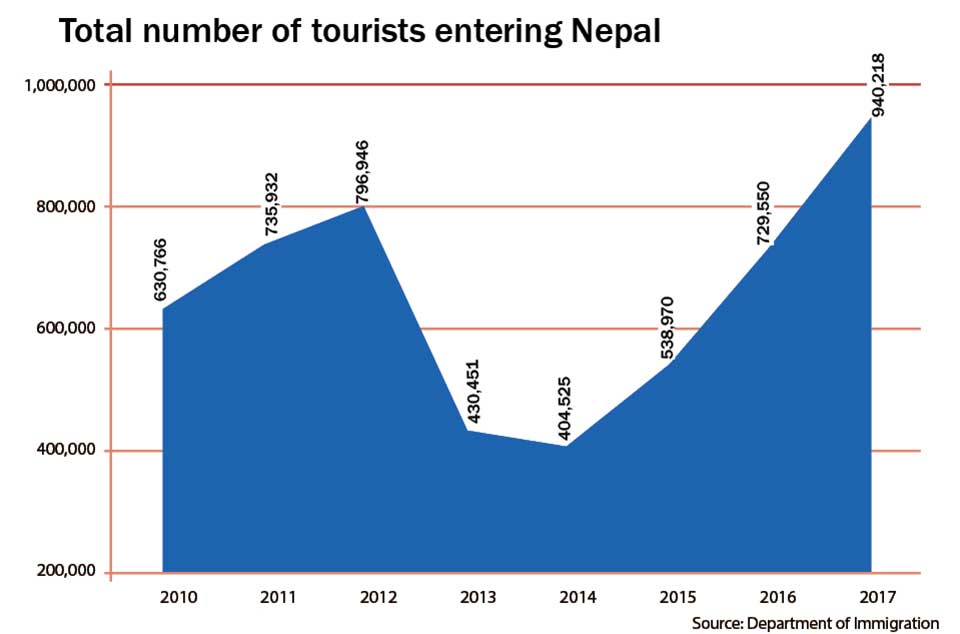 According to the Immigration Office at Tribhuvan International Airport (TIA), more than 8 lakh (857,352) foreigners travelled to Nepal in 2017 as of December 26, 2017.

While a total of 734,686 tourists travelled to Nepal till October 2017 with a monthly average of 73,468 foreign visitors, the country couldn’t reach the target due to fall in number by almost 165,000 visitors during November and December of 2017.

Against the governmental target of at least 150,000 foreign visitors in November and 100,000 in December, the country saw only 122,666 tourists in these two months.

According to the Hotel Association Nepal (HAN), general election was one of the prime reasons for fall in tourist arrivals in the last two months as tourists usually avoid trips to the tourist destinations during election time.