Nepal Gears Up for Singing Talent Show ‘The Voice’

Nepal’s list of international television show franchises has increased in 2018 and the latest addition to the list is ‘The Voice’.

Digital auditions for the show were conducted in May and the judges Deep Shrestha, Pramod Kahrel, Sanup Padel & Abhaya Subha are set to begin the ‘blind auditions’ and will mentor the participants of the show.

Laxman Paudel, who directed Nepal Idol successfully, will be heading ‘The Voice’ in Nepal, while Firoz Timalsina is co-directing the show. Sushil Nepal, who hosted Nepal idol in 2017, is back again with ‘The Voice’.

The show that will be receiving technical assistance from The Netherlands and India teams is divided into three rounds: Blind Round, Battle Round and the final Live Showdown.

The final show will see the ‘top four’ competing with each other and the winner will receive Rs. 2.5 million with an album contract, among other rewards.

Franchise rights of ‘The Voice‘ have been bought directly from the Talpa Network in The Netherlands, broadcasters of the original show, The Voice of Holland.

A whooping budget of Rs. 14 crore has been invested in the venture and a studio is under construction. The show will be telecasted to the whole of South Asia.

A smartphone app is being released to keep the audience engaged and make them part of the show in real time. 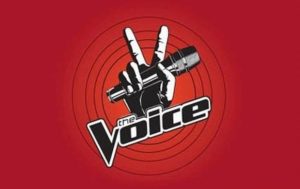 Started in September 17, 2010 in The Netherlands, The Voice is an international reality television singing competition franchise.

Originally created by Dutch television producer John de Mol with the name ‘The Voice of Holland’, the show brings out the best talent in terms of singing. Many countries were attracted by this concept and have adopted it, tweaking its format to a small extent.

A total of 312 singers have won the title of The Voice in about 129 countries and have received titles such as ‘The Voice’, ‘La Voz’, ‘Golos’, ‘Holos’ or ‘La Voix’, apart from a monetary prize.

On a Melodious Closing Note
It is a great gift for the Nepali talent to have such encouraging opportunities. Shows like The Voice, Nepal and Nepal Idol present a professional platform that bring out the ‘cream of the crop’ in the country. We hope that Nepal hosts many such prestigious reality shows and produces many more stars for the nation.