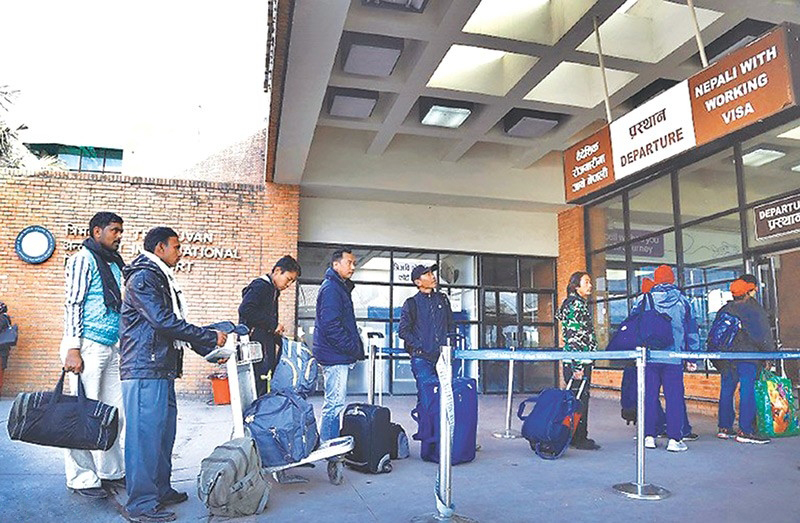 In a move ending the exploitation of Malaysia-bound Nepali migrant workers with regard to hectic visa and immigration arrangements with hefty fees, the Malaysian Government has shut down businesses involved in the malpractice.

The latest decision comes as a relief to the Nepali migrant labor in Malaysia, who were paying an additional sum of Rs. 18, 480 for MiGRAMS (an online platform that facilitates immigration procedures) biometrical medical test and services of One Stop Centre run by Malaysia VLN Nepal Pvt. Ltd. during the visa and immigration process conducted by GSG Nepal before the crackdown of illegal business operations.

The move also intends to address the concerns of Bangladeshi migrant workers in Malaysia.

“Workers from both the countries have been cheated financially by the organized syndicate. It shows the problem faced by Bangladeshi workers and Nepali workers is similar. If they can address the concerns of Bangladeshi workers, they should also pay similar attention to our workers,” says a key official from the Nepal government hoping that the Malaysian government would look into matters concerning Nepali workers too.

The move positions the newly-elected Malaysian Government as a responsible institution that is serious about its plans and intentions.

Multi-Dollar Ringgit
According to an investigation report published by a Malaysian news provider on June 22, 2018, an association run by a Bangladeshi businessman with political relations in both countries was operating a ruse in the pretext of provisioning Bangladeshis migration to Malaysia for employment.

Following the probe, the Malaysian daily claimed that the association made a profit of at least RM 2 billion in two years from Bangladeshi workers who applied for Malaysian jobs. Further, the workers paid RM 20,000 (nearly Rs. 550,000) each to local agents who shared half the sum to the association for the provision of work permits and flight tickets to Malaysia.

As per reports, since 2016, more than 100,000 Bangladeshi workers have been brought to Malaysia through the cartel amounting to a ‘multi-dollar ringgit’ scam.

“This suspension will last until a full investigation has been completed into allegations that a syndicate was operating it as a human trafficking scheme to exploit these workers. The previous administration managed the whole recruitment process like a business aimed at benefiting certain individuals,” says M Kulasegaran, Human Resources Minister, Government of Malaysia.