This time, we will enforce stringent measures all over the country, DoTM Director General Rupnarayan Bhattrai
News 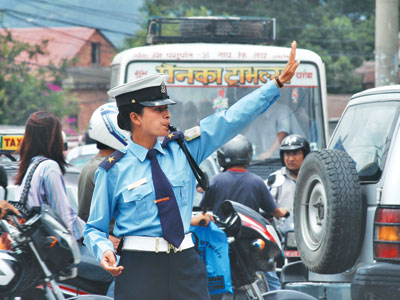 In a landmark decision, the Government of Nepal has officially announced a ban on vehicles older than 20 years across the country, effective from March 15, 2018.

Through this move, Nepal aims to control pollution, ease traffic movement and address other concerns caused by the old and poorly-maintained vehicles, to ensure a clean environment.

As part of the measures, the Department of Transport Management (DoTM) has already issued orders to seize the vehicles falling under this category and cancel the driving licenses and permits of the vehicle owners.

“Traffic police will seize old vehicles seen plying the roads. DoTM has already informed traffic police to seize the license of drivers behind the wheel of such vehicles and impound the vehicles,” informed DoTM Director General Rupnarayan Bhattrai.

A decision in this regard roots back to January 2015.

Though the Cabinet called for a similar policy suggesting ban on old vehicles in February 2017 within the Kathmandu Valley, the rule did not see its real implementation owing to various reasons.

However, DoTM vows to a full-fledged enforcement this time.

“Maybe they are being used outside the Valley, but this time around we will enforce stringent measures all over the country,” adds Bhattarai.

According to the DoTM estimates, there are around 10,000 such vehicles across the country with 5,500 in Kathmandu alone.

Various transport owners operating across the country feel that the new decision will hurt their business badly.

Terming this as unscientific, the transport associations and operators are calling for a roll-back of this decision.

“We were not consulted before the authorities took the decision. They don’t have any plan on what to do with the vehicles,” says Dharma Rimal, another FNNTE official.