Nepal joined the elite group of ODI-playing nations with a comprehensive win over Papua New Guinea in the ICC World Cup Qualifiers on March 16, 2018.
News
Sports 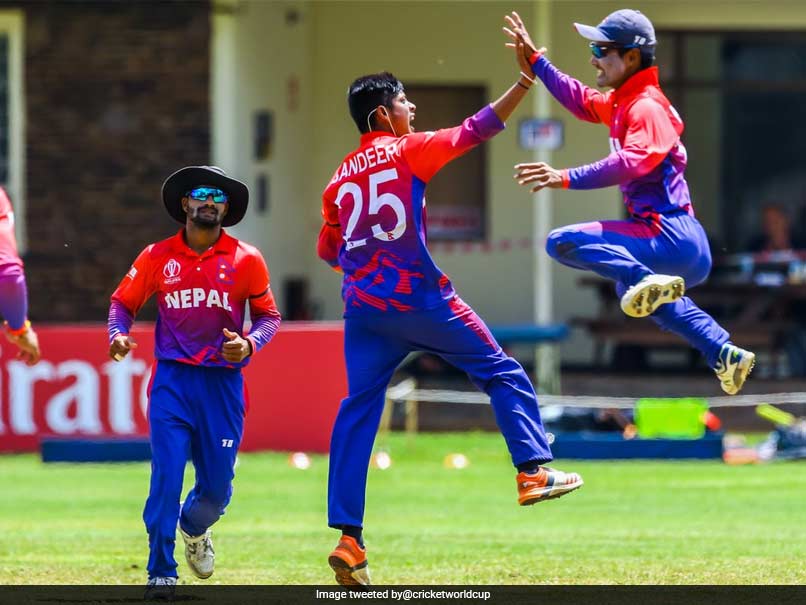 Nepal reached a new milestone on March 15, 2018, which in fact turned out to be a landmark day in the history of Nepali cricket.

With a comprehensive win over Papua New Guinea (PNG) in the ICC Cricket World Cup Qualifier play-off match at the Old Hararians Sports Club in Zimbabwe, Nepal joined the elite group of world nations who are eligible to play One Day Internationals (ODI).

With this victory, Nepali cricket team edged out Hong Kong and PNG in the three-way battle for the lone ODI spot. The Nepali team will retain its ODI and T20 International status for the next four years and will feature in the World Cricket League Championship and Inter Continental Cup, among others.

Electing to field first after winning the toss, Nepal bundled out the PNG team for a paltry 114 runs in just 27.2 overs. Nepal chased down the target within 23 overs losing only four wickets in the process.

Dipendra Singh Airee was the star of the day with an unbeaten half-century and claiming four wickets conceding only 14 runs. Dipendra was adjudged the ‘Man of the Match’ for his splendid performance.

The 17-year-old spin sensation Sandeep Lamichhane took his wicket tally in the tournament to 11 with a haul of 4/29 against PNG.

Elated at the victory, Sandeep reached out to Twitter to say, “To the well-wishers of Nepal Cricket: It’s the “Result” of Years of “Hard Work”! Years of “Patience”! Hard work of many “Legends” and here we are now. A big proud day for all the people of Nepal. What a beautiful journey so far. Together its Possible. Nepal – An ODI Nation!”.

Meanwhile, Captain Paras Khadka was also overwhelmed at the new status. “Thank you everyone for the support… Just been years and years of toil, persistence, sacrifices, commitment and hard work. Finally, WE BECOME An ODI nation. Congratulations to everyone who has been part of Nepal cricket’s incredible journey!” he tweeted.

Nepal now meets Netherlands in a face-off for the seventh position at Kwekwe on March 17, 2018, while PNG and Hong Kong clash in the match to decide the bottom two positions in the tournament.