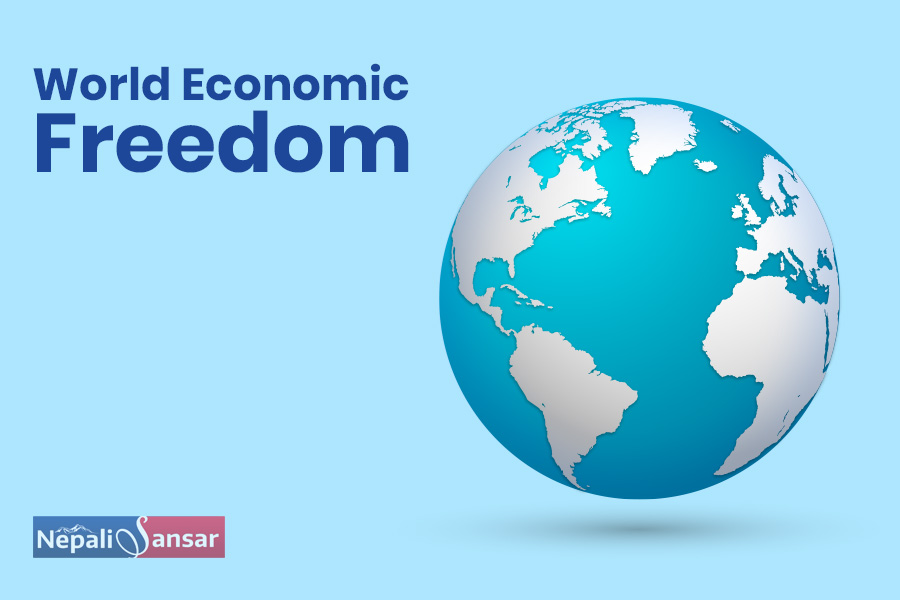 In an interesting update for Nepal, the Economic Freedom of the World: 2018 Annual Report ranked the Himalayan Nation at 102nd out of the 162 countries and territories.

The report prepared by Samriddhi Foundation and Canada’s Fraser Institute puts Nepal five places up the scale compared to last year when the country stood at 107th rank. This is the 11th report on Nepal’s Economic Freedom ranking.

How is Economic Freedom Calculated?

Economic Freedom of the World measures the extent to which a country’s policies and institution support its people’s economic freedom.

“Where people are free to pursue their own opportunities and make their own choices, they lead more prosperous, happier and healthier lives,” said Fred McMahon, Dr Michael A, Research Chairperson in Economic Freedom at the Fraser Institute.

The report uses five areas of consideration to rank countries according to the amount of Economic Freedom they give their citizens.

Following are the five areas:

Nepal’s Ranking Over the Years
Clenching a score of 6.53, Nepal jumped 5 places since its 2017 ranking where it stood at 107th rank.

The following table explains the progress Nepal has made in the Economic Freedom ranking over a span of three years:

Countries with High-Economic Freedom
According to the findings of the research, citizens living in countries with high levels of economic freedom enjoy greater prosperity, more political & civil liberties, and longer lives.

Countries who fall in this category include Hong Kong and Singapore (Top 2), Switzerland, New Zealand, Ireland, United States, Georgia, UK and Mauritius among others.

Conclusion:
Nepal’s rapid economic progress is not hidden, the world is witness to how this small country that lived most of its life in seclusion and exile is making its presence felt with a responsible government and its development-driven initiatives.