According to a report from the Ministry on Tuesday, transplantation has been done on about 22 percent of the 1.55 million hectares of paddy fields
News

The transplantation rate of paddy in Nepal is witnessing a new high, thanks to the early monsoon arrival!
Encouraged by the rain, farmers have started paddy transplantation on almost one-fourth of the country’s fields starting July 2, 2018.

According to a report from the Ministry of Agriculture (MoA) on July 3, 2018, transplantation has been done on about 22 percent of the 1.55 million hectares of paddy fields leading to a coverage of 342,631 hectares of land so far.

Going by the statistics, this is the fastest transplantation rate witnessed in many years! say officials 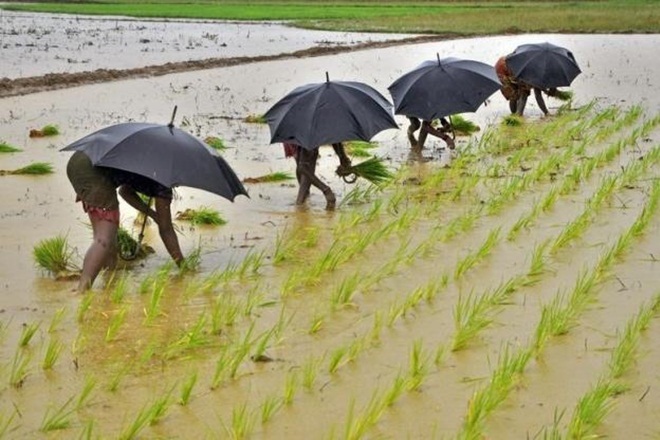 According to Regmi, the influence of the monsoon on the agricultural sector and specially paddy transplantation will be assessed only after transplantation in the Tarai region increases. Tarai is the largest paddy producing region in Nepal and is home to 71 percent of its rice fields.

“During this period, if there is good and unified rainfall, the transplantation coverage will increase,” he says further.

Regmi opines that rain is crucial for top-dressing during August as it a key factor in driving productivity. “If the rainfall pattern is as good as projected, we can expect a bumper paddy harvest of up to 5.5 million tons in the next fiscal year,” he adds.

Past Trends in Paddy Plantation

Observation: The transplantation rate this year increased by 2 percent

Paddy production contributes to 20 percent of the total agricultural production in Nepal.