This explanation was given from their side to our people. And none of us had reasons to disbelieve it, says Indian Defense Minister
News 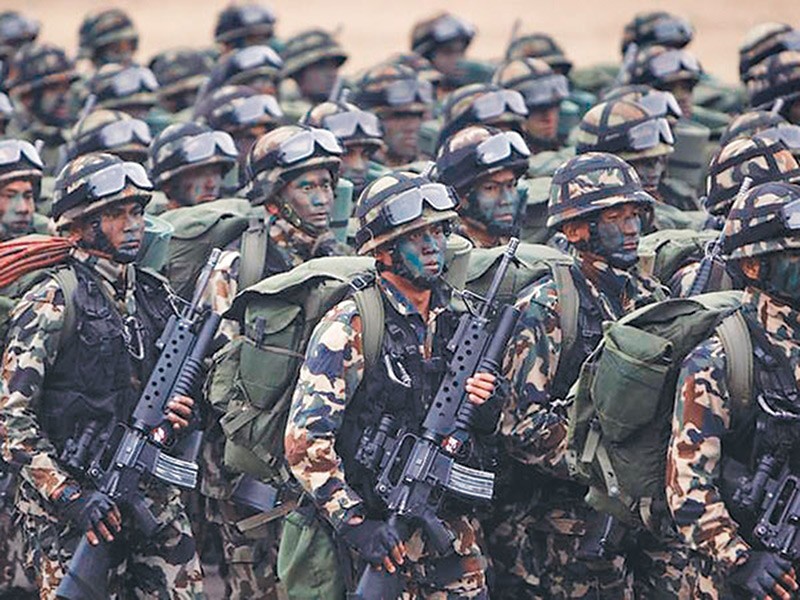 In a move that reiterates better understanding between India and Nepal, the Indian Defense Minister thrashed away wide-spread criticism over Nepal skipping BIMSTEC military exercise organized by India.

Speaking to Indian media, Indian Minister Nirmala Sitharaman clarified that Nepal had a strong reason for its absence at the India-proposed drill and said the Indian Government firmly believes in it.

In contrast to widespread media reports, Sitharaman clarified that Nepal did not boycott the exercise and has instead performed its role as an ‘observer’.

This explanation was given from their side to our people. And none of us had reasons to disbelieve it. And, therefore they did not come in full capacity, but they did have a participation as an observer. I respect their feelings. It was not any sort of boycott as projected in some section of media, clarified the Indian Defense Minister.

She further clamped down sensational statements by the Indian Army Chief Bipin Rawat who had earlier found serious fault with Nepal’s move in not attending the drill.

“Nepal temporarily could be seen to have tilted towards China, however, geography demands that Nepal has to come to the fold of India ultimately,” the Army Chief said reportedly.

In contrast to Rawat’s statement, Sitharaman said, “The reason why they (Nepal) did not come here — and this is something which I don’t have reason to distrust — I have been told very clearly that the (Army) chief was appointed recently and there were some customary engagements which they take very seriously. It may be something religious, something social, but these commitments were already made, and it was for him (Nepal Army chief) to attend all this before he started fully taking up his assignments,” in a media briefing recently.

India had organized a joint military exercise for the BIMSTEC nations during September 10-15, 2018 at Aundh Military Station near Pune in the Indian State of Maharashtra.

All the BIMSTEC member nations, other than Nepal and Thailand, attended the exercise. This led a serious debate on the absence of Nepal for the drill drawing wide criticism from both sides.

The debate has been taking different turns every now and then, and now with the Indian Defense Minister’s latest statement supporting Nepal and another clarification by a Nepali official that expressed Nepal’s openness to Indian drill are changing the game altogether.

Will have to see what more comes up in the debate!