Ayurvedic Medicines on Demand in Nepal!

Side-effects associated with allopathy medicines are among reasons behind public’s increasing inclination towards herbal medicines over allopathy.
Business
Health
News 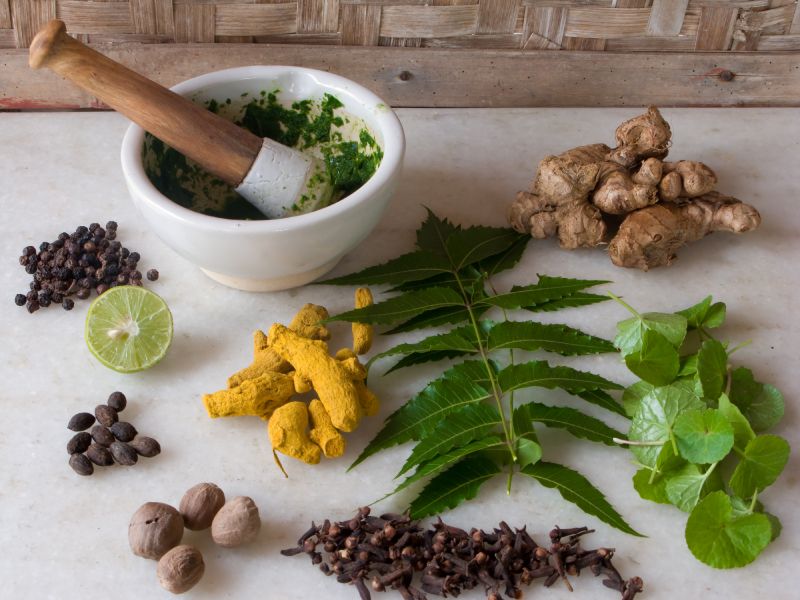 Nepali ayurvedic sector is seeing a new trend of rising investment driven by the growing popularity among populace for the traditional/ancient medicine.

According to the Department of Drug Administration of Nepal, there is a rise of investment in the local ayurvedic medicine factories and more such factories are being set up across the country.

As it says, the country has seen nearly 78 ayurvedic medicine manufacturing companies who obtained licenses in 2018, with 44 ayurvedic companies currently in operation.

Side-effects associated with allopathy medicines are among reasons behind public’s increasing inclination towards herbal medicines over allopathy.

According to Paudel, the domestic production is able to meet 50 percent of the domestic ayurvedic medicinal needs and the rest comes from Indian and Chinese markets.

To ensure the quality of local produce, the Department of Drug Administration (DDA) is gearing up for measures to ensure that the local produce complies with the WHO’s Good Manufacturing Practices (GMP) quality guidelines.

“The guideline is ready, and the department is in the final stages of approving it. We aim to implement the new guideline in the next four months,” says Santosh KC, Information Officer, DDA Nepal.

According to Santosh, Nepali ayurvedic products hold high demand in the foreign markets. However, lack of GMP certification is stopping the Nepali products’ performance in the global market.

“If manufacturers obtain GMP certification, they can increase sales of their products in foreign markets,” adds Santosh.

Surprisingly, the country currently has only a single GMP-certified ayurvedic medicine manufacturer!